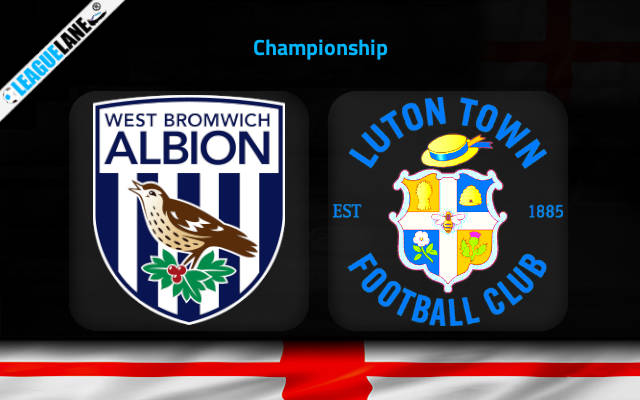 Last season West Brom finished tenth in the league. However, they are now in the relegation zone this season. They will host ninth-placed Luton this weekend at The Hawthorns.

The host are struggling this season as they have won only a single game so far. In their last league outing, they lost to Preston by 1-0. Following this result the team led by Steve Bruce is now on a two-game losing streak.

However, it needs to be mentioned that they managed to hold Norwich City by 1-1 last month. Yet Steve Bruce’s side could not make further progress since that draw. Currently, the team is just three points above bottom-most side Coventry.

Meanwhile, Luton are on a four-game unbeaten streak. In their most recent outing, they had to settle for a 3-3 draw against Huddersfield. In that game, Elijah Adebayo scored a brace in the first half of the game.

Also it needs to be mentioned that Nathan Jones’s side managed to find ten shots on target in that game. The result has ended a two-game winning streak for the visitors.

The host are conceding goals at the rate of 1.50 goals per game this season. Moreover, they have lost three of their last four matches.

It is worth knowing that the visitors have scored nine goals in their last four matches.
Moreover, they found 10 shots on target in their most recent game. We can expect the same attacking game plan from manager Nathan Jones  in this upcoming fixture.

However, it needs be mentioned that the host have the better winning record at home against this side.

Our first prediction is that West Brom will win this game by 2-0 – at 9.00 odd. This is after considering that at The Hawthorns the home team are on a four-game winning streak against Luton.

Moreover, our next tip for this game is that West Brom will keep a clean sheet – at 2.50 odd. The host have kept two a clean sheet in two of the last three matches against this side.