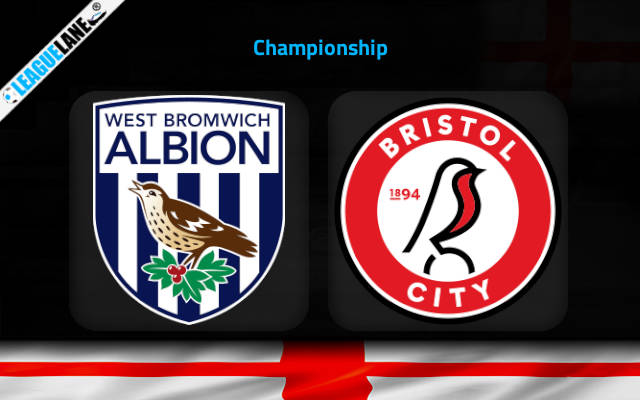 West Brom are currently counted amongst one of the weakest teams in the Championship. Their record – one win from the total thirteen games so far, speaks for itself. Bristol, who are desperately trying to improve their form, will have great hopes about this upcoming fixture against them.

Bristol need a surplus of three points to climb level with the sixth-placed team. They did drop a considerable number of points lately, but they managed to register a 2-1 win against the in-form Preston the last match-day.

Form in road games was one main issue that the team has been dealing with right from the start of the season, and they hope this upcoming fixture could provide them with some solutions.

Coming to West Brom – it is quite telling that they are the only team in a league of 24 teams that remained winless in the past match-days. In fact, they secured a single win so far in the whole competition, and they are placed 22nd in a table of 24.

They are in the relegation zone, and the only two teams below them have games in their hands. As such, the team should actually be placed bottom-most in the table.

Considering the recent form of either team, I expect Bristol to emerge victorious this Tuesday at the Hawthorns.

Brom are on a long winless run, that their latest victory came back in August. They let in goals in huge numbers all through the campaign, and currently only a handful of teams have worse defense stats than them.

On the other hand, Bristol are placed in the mid-table, and they even have the potential and chance to go after a spot in the top-six. And while their recent record on the road has not been good, they did score consistently in the process.

Likely, expect a win for Bristol City this Tuesday.

However, West Brom are at home, and they are desperate. Moreover, they have a superb h2h record against this rival too. It is logical to think that they would find the back of the net at least once this Tuesday.