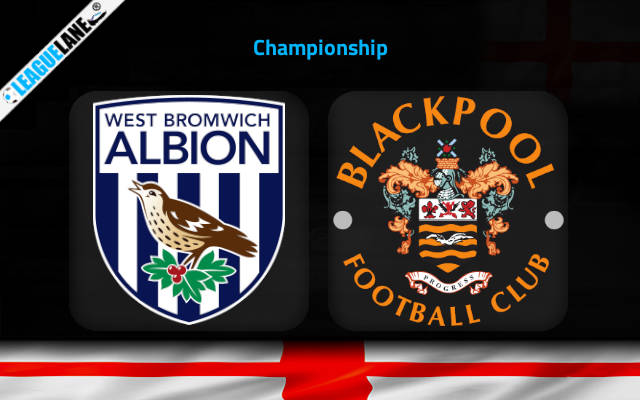 Blackpool arrive at The Hawthorns on Tuesday for the Championship meeting with hosts West Brom.

West Brom finished in the mid-table position of the Championship table past season. They had to settle for a 12th-place finish in the league table, and were trailing just seven points below the cut-off.

Going on, West Brom is struggling in positing points on the board consistently. They were winless in 9 of the past 10 league fixtures and had gone on a separate 8-fixture winless streak in the process.

In fact, they have just two wins out of the 15 games played so far in this season. They are well affected by a defense that conceded goals well while owning an average offensive line.

However, Blackpool will head into this fixture on the back of a two-fixture winning streak. They defeated Coventry and Preston in the previous two rounds, and have climbed into the 15th spot of the table.

Going on, their offensive side have been delivering impressive performances lately. They had netted in a total of 13 goals in the past five fixtures. 7 of those 13 goals were scored by their English striker Jerry Yates.

The superiority of hosts at this stadium against Blackpool might be the reason why bookmakers see them favorites to claim the wins at the 1.72 odds.

But they doesn’t possess any potential to beat this Blackpool side with their current form in the campaign. Also, the visitors are on a two-fixture winning streak and they owns a strong offensive line too.