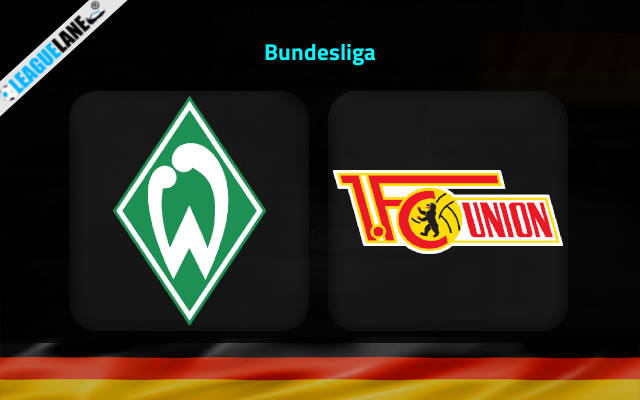 Werder Bremen were on the wrong end of a terrible thumping on Saturday afternoon when they shipped seven goals in the road loss to Koln.

The squad led by Ole Werner were brutally outplayed four days ago, failing to register more than four attempts in total while conceding seven goals at the opposite end.

It was Bremen’s third consecutive league loss if we count the failures in November against Bayern Munich and RB Leipzig.

Losing to these sides can hardly affect the team’s confidence, but conceding seven goals to the likes of Koln can certainly leave horrendous consequences.

Werder Bremen will be hoping to bounce back on Wednesday night when they take on Union Berlin at wohninvest WESERSTADION IN Gameweek 17.

Union Berlin ended their three-game winless thread in the league by beating Hoffenheim 3-1 on Saturday.

Swiss manager Urs Fischer can be thrilled with how his men reacted after conceding an early goal four days ago.

Union Berlin are once again sharing the second position in the Bundesliga standings. They have been fairly impressive in the final third in exhibition matches during the World Cup break as well and we have plenty of reasons to expect them to produce a stunning attacking showing here against the leaky Werder back line.

Werder Bremen will find it very difficult to bounce back from a demolishing 7-1 defeat at the hands of Koln. Union Berlin hold the sky-high second position in the league standings, they have completed a great comeback in the home win over Hoffenheim four days ago, and they have won each of the last three H2H encounters with Werder Bremen.