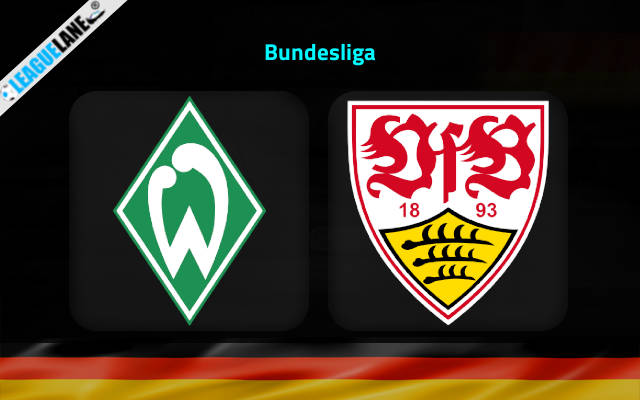 Both Werder Bremen and Stuttgart managed to claim big draws on the opening day against the likes of Wolfsburg and RB Leipzig respectively.

We were particularly impressed by the performance the newly-promoted Werder offered against a genuine UEFA Champions League hopeful Wolfsburg last weekend at VOLKSWAGERN ARENA.

Werder were the better of the two sides on the pitch and they had the advantage all up until the 84th-minute on the occasion after all.

Niclas Fullkrug proved his star status by scoring one of the team’s two goals immediately, while the likes of Marvin Duksch and Leonardo Bittencourt brought solid contributions as well for Die Werderaner.

Ole Werner’s men will now have a nice opportunity to back up the opening day’s display and stay unbeaten in the second round as well given they play host to Stuttgart on Saturday afternoon at wohninvest WESERSTADION.

Stuttgart will likely have another bottom-half campaign as we were by no means impressed with the performance they have put up against RB Leipzig on the opening day.

Yes, Die Schwaben managed to get a point against one of the top-three teams in the country, but we must be fair and say they did not deserve it based on everything we’ve seen on the pitch.

Stuttgart’s players lost strength in the last 20 minutes of the affair and they obviously need some time to get to their best. Can Werder take advantage?

Werder Bremen left a better impression on the opening day. They will no doubts have a huge support front the crowd in their maiden top-flight match this season.

However, we are just not sure that we can see the hosts as the favorites. These are two similarly-matched outfits and we see a much greater value in backing the draw at the 3.60 odds.