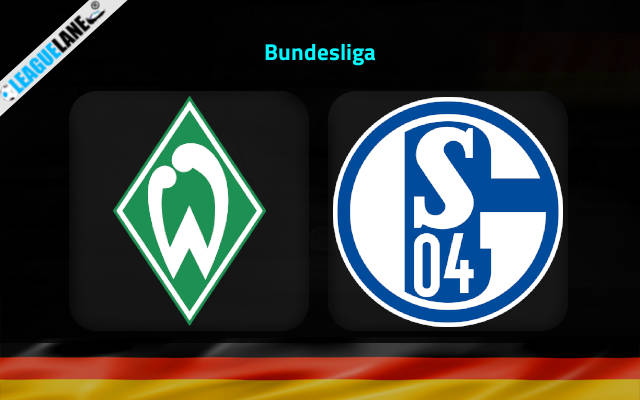 Schalke’s season is now beyond recovery. They are rooted to the bottom of the table with just one win since the beginning of this season. They will now head to Weserstadion to play against Werder Bremen.

The host finally ended their two-game losing streak when they defeated Hertha by 1-0. This victory helped them reach to the eighth position on the table. This is their fifth win of the season.

The visitors have lost nearly 66% of their matches this season. They are on a six-game losing streak and if this trend continues, they will most likely be relegated from the top flight. In their last league outing, they lost to Freiburg by 2-0.

They are also out of the DFB-Pokal competition. Manager Thomas Reis’s career will be in jeopardy if he does not meet the team’s requirements.

Thomas Reis is now desperate for a win, he has been experimenting with his team’s formation. This is one of the reasons why they are struggling to win.

The host have only lost twice last month. Now, they have the best chance ahead of them to claim all three points as the visitors can arguably be considered as the most underwhelming team this season.

Niclas Fullkrug has scored four goals in his last six appearances. We can expect him to find the back of the net in this game.

Our prediction is that Werder Bremen will win by 2-1 – at 8.50 odd. The host are unbeaten in the last five overall head-to-head meetings. They have won two of their last three games in front of the home crowd.

Our second tip for this game is that Both Teams to Score – at 1.61 odd. In the last five matches at Weserstadion both teams have scored a combined total of sixteen goals.

Moreover, you can bet on Niclas Fullkrug to score anytime – the odd for this tip is at 2.00. He has scored a brace against Monchengladbach last month, also his goal in the 85th minute against Hertha helped the team end their two-game losing streak.