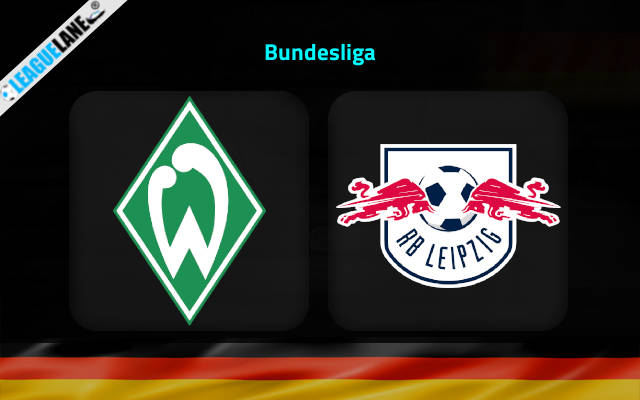 Leipzig have lately been one of the very best teams in the German top flight. They are on a long winning streak, and are scoring goals at an impressive rate. They are going after at least a podium spot, and they surely have the upper hand this weekend against the struggling Werder Bremen.

Bremen would have had a perfect losing record in the past one-month period, if not for their fixtures against the dead-last placed Schalke, and the 16th placed Hertha Berlin.

They also won just twice at home all through the campaign, and these two victories came against the above-mentioned two squads.

It is also to be noted that only four teams conceded more goals than them at home in the entire German top flight.

And their confidence has taken a real hit after the last match-day. They were beaten 6-1 on the road by none other than defending champions Bayern Munich.

Meanwhile, Leipzig are currently placed fifth in the table, and they are one of the only three squads to have remained unbeaten in the past five fixtures in the competition.

They also need a surplus of just two points to climb level with the second-placed Union Berlin. And it is in their favor that Union Berlin are pitted against the third-placed Freiburg.

At least one of the two will drop points, and the Red Bulls can make a push to make it into the podium of the German first division.

As things stand, expect a win for Leipzig.

Not only did Werder Bremen lose 6-1 on the road the last match-day, but they have been dropping points a lot lately. They are also letting in goals in huge numbers, and failed to have any consistency even in front of their home crowd.

On the other hand, the Red Bulls are on a winning streak after September barring just two draws, and they even scored three or more goals in seven of their past eight fixtures.

Moreover, they have a dominant h2h record against this rival too.

By the looks of things, expect a win for Leipzig this Saturday at the Weserstadion.