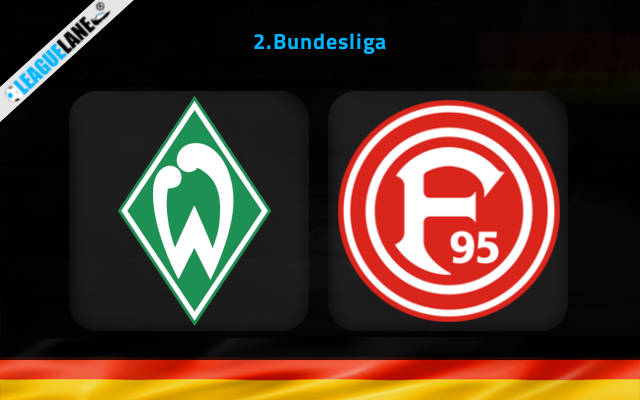 In game week 19 of 2. Bundesliga, Werder Bremen faces Fortuna Dusseldorf for their next match on Saturday at Bremen.

Bremen stays in the 7th position on the league table with 29 points from 18 matches. The team played their last match against Viktoria Berlin in Club Friendlies. The match ended with 3-0 FT score in favour of Bremen. Two of the club friendlies were cancelled for the team.

Looking at the league matches, Bremen is currently in hot streak with three consecutive wins. The team has 8 wins in this season’s league matches. The team has scored most of their matches and has scored over three goals in the last three matches. Bremen have played eight away matches so far, and they have scored in seven of their matches. They are unbeaten in the last four matches in which they have scored three or more girls in two of them. Their last match against Erzgebirge Aue which ended win after Bremen scored four goals while the opposition could score none.

Fortuna Dusseldorf is in 13th position on the league table with 20 points from 18 matches. They played their last match in club friendlies against Freiburg. Dusseldorf scored two goals in the match while the opposition scored only one.

Fortuna Dusseldorf’s matches have ended with under 2.5 goals. The match could end in a win for Bremen and they also have a good chance of keeping a clean sheet in the next match as well.