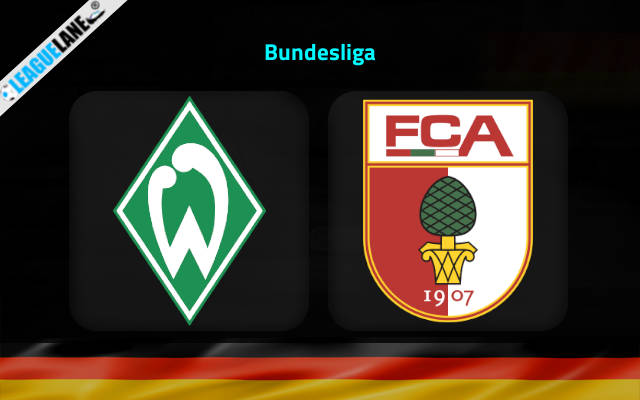 Werder Bremen were promoted to the top flight at the end of the last season after having delivered a superb campaign in the second division. Meanwhile, Augsburg were one of the worst teams in the Bundesliga the previous season and they continue to hold on to that distinction this time around as well.

They finished 14th in a table of 18 the last season in the German first division and had a surplus of just five points above the relegation cut-off. They let in goals in huge numbers throughout the campaign and registered merely ten wins.

Do also note that they had a – 17 goal difference at the end of their run. This time around they have a 100-percentage losing record so far and scored the least number of goals of all the teams in the competition at present.

However, Werder Bremen made the most of their promotion till now. So far, they delivered some excellent performances and are also finding the back of the net in plenty.

It also needs to be mentioned that they are totally dominant in front of their home crowd, and will be hopeful to use it to the utmost extent this Friday against their struggling counterparts.

Going on, they also have a superb h2h record against this rival over the years, and especially so at this stadium.

Likely, Werder Bremen are about to deliver a winning performance this weekend.

Bremen were unbeaten in six of their past seven overall fixtures, and they also scored two or more goals in all seven of these games. It also deserves special appreciation that they lost just two times in front of their home crowd in the past 12 months.

Augsburg are on a three-game losing streak, and let in five goals. They were also winless in eight of their preceding eleven overall fixtures, and have won just five times away from home in the past 13 months.

Considering these observations, expect a victory for Werder Bremen this Friday.

Tips for Werder Bremen vs Augsburg