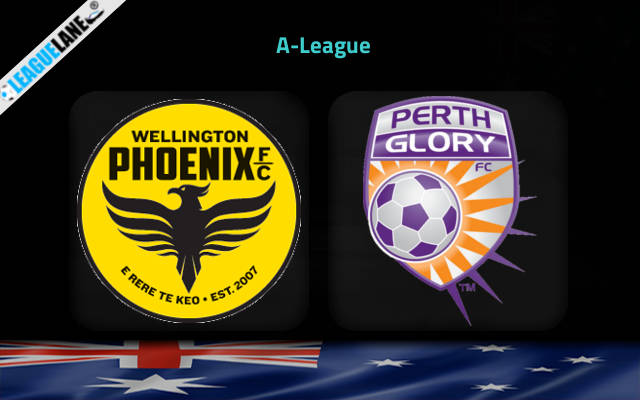 Perth Glory travels to Sydney to face Wellington Phoenix for their A-League match on Saturday.

Wellington Phoenix is winless in their last two matches after the team kept an unbeaten streak in seven consecutive matches. The team now stands 7th on the league table with 21 points to their name.

Wellington Phoenix’s last match has ended with a loss for the team. They played their match against Newcastle Jets, in which Newcastle scored four goals in the match, while the opposition could score none.

Perth Glory is on a cold streak, which has lasted for over seven matches. The team has only won in a few of their matches and has more losses than both their wins and draws combined. Their poor form has placed the team dead last on the league table with 13 points to their name.

Brisbane Roar got past the defences of Perth Glory in their last match and scored four goals in the match, while Perth could score only one and that too at the end of the match.

Even though the last two matches of the Phoenix have ended with the team’s loss, they can get back in their form at any time. Perth has not won in their last seven matches, making Phoenix the better team of the two.

Wellington Phoenix has the advantage of playing in their home ground, where they are unbeaten in the last seven matches. Perth Glory’s away matches have not produced the results the team had hoped for. They are winless in their last three matches. However, two of their wins were achieved from their away matches.

So, the match is most likely to end in a win for Wellington Phoenix. Both teams have scored in most of their recent matches and the match can be expected to end with over 2.5 goals.