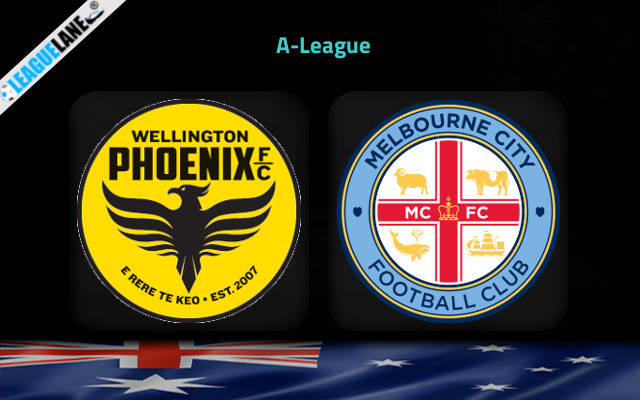 The table toppers, Melbourne City will travel to Sky Stadium this Saturday to meet Wellington Phoenix for the 17th round of A-League. Since both teams are on back to back wins, this upcoming fixture will be a tight one.

Melbourne City head into the encounter following on from a 0-1 league win over
Macarthur FC in their recent fixture. In their previous 6 clashes, City have helped themselves to a tally of 11 goals. They have additionally got on the scoreboard on each one of those occasions as well.

On the other hand, The Yellow Army resides at the 4th position on the table with 27 points. Of the 17 matches played, they won only 8 games while drawing thrice and losing on 6 other occasions. They have won 3 of their last 5 games while losing on twice.

Wellington Phoenix will want to continue from where they left off last time out with a 3-0 victory against Brisbane Roar. In the last 5 matches for them saw, 3 of those games has ended with both teams scoring. In this season, 7 matches ( involving Phoenix has seen scring from both sides.

Melbourne City lost only once on away fixtures this season with winning 60% of the games. They remain undefeated in their last 6 league matches away from home.

Wellington Phoenix haven’t beaten Melbourne City in their last 2 league fixtures but they haven’t been defeated in their previous 8 league matches at home.

A thrilling game is up for cards this weekend, and a narrow win for away side is likely with BTTS being a common event.