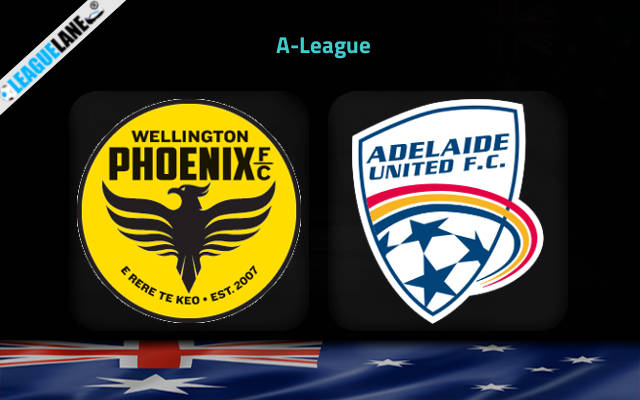 Both teams have been playing attacking-minded football this season, betting 13 goals each in the opening 7 rounds.

Nevertheless, Wellington do leave more space behind than their Saturday’s counterparts. The hosts have also allowed 13 goals so far in the campaign which is, after all, why they hold only the 9th position in the league standings at the moment.

Ufuk Talay’s men won’t come into this in the highest of spirits. They took only one point from the previous two league games.

They offered a particularly weak performance in the 2-3 home loss to the rock-bottomed Western United.

On a positive note, Wellington did look much better last weekend in the 1-1 stalemate to second-placed Western Sydney Wanderers.

Adelaide United will enter this match in much higher spirits. They are undefeated in five subsequent outings.

Head coach Thomas Veart can be thrilled with the offensive form his men have shown in the recent games.

Adelaide have bagged seven goals in back-to-back wins over Western United and Melbourne Victory before playing a 1-1 stalemate away at bottom-half Brisbane Roar last weekend.

Veart’s troops were unlucky to concede the last-gasp equalizer while they had ten men on the pitch on the occasion.

This is the clash between two attacking-minded outfits and we expect nothing else but goals galore when they come across each other.

Slight advantage goes with Adelaide United who won three and drew one of the last four games. You can back the Away win & Both Teams To Score bet at the 4.50 odds.