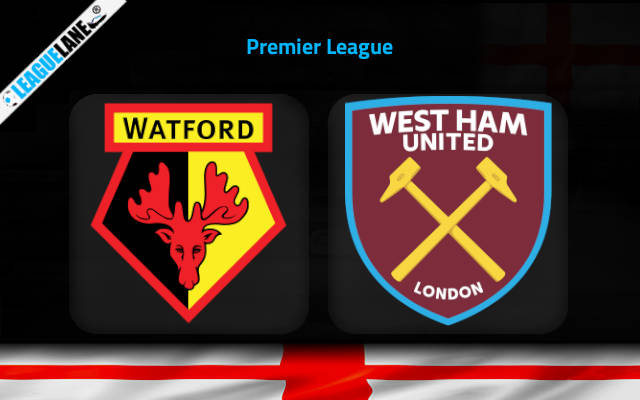 The Hammers are playing with fire now. They had a great chance of making the top-four if they had maintained their earlier form, but as per now, they are on a course to not even qualify for the Conference League.

Teams that were just below them have used this time to climb to the top, and currently West Ham sit sixth in the table. And they have a lead of just one point over the in-form Manchester United, who have two fixtures in hand.

Suffice it to say that the Hammers need a win at any cost this Tuesday, to keep their European hopes alive. It’s lucky that they are pitted against the newly-promoted Watford, who are on a long losing streak.

Likely, count on West Ham to treat this match-up as a final, and secure the three points.

West Ham did lose 2-3 at home the last match-day against Southampton. But it was a closely contested game, and their tough schedule likely had its toll on them.

This Tuesday, they are desperate, and will be eager to take advantage of their game against one of the minnows of the competition.

Watford had lost 2-1 on the road the past game week, against the newly-promoted Brentford. They are also on a four-game losing run, and had conceded a total of 11 goals in the process. They had also lost eight of their past ten fixtures, and they have a single win at home since August.

Moreover, they also have a poor h2h record against this rival over the years. Considering these observations, expect a win for West Ham this Tuesday at the Vicarage Road.

Tips for Watford vs West Ham