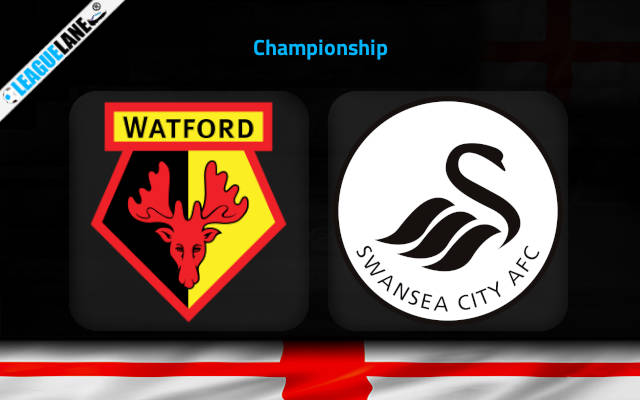 Both Watford and Swansea are unbeaten in their last two league games. They will now go head-to-head at Vicarage Road for a mid-week fixture.

Watford played their best game of the season so far against Stoke City. The game ended in a 4-0 victory for Rob Edwards’s side. It is interesting to note that four different players found the back of the net in that game.

Also, three of those four goals were scored in the second half of the game. This victory was very crucial for Rob Edwards and his men as they were on a three-game winless streak earlier.

On the other hand, Swansea made good progress since they lost to Sheffield United last month by 1-0. In their most recent game, they defeated West Brom by 3-2.

In that important game, it was Michael Obafemi who helped his team by scoring the winning goal with one minute remaining for full time.

The team is now on a two-game winning streak. Hence, spectators can expect a tightly contested match between these two sides.

The host have a decent chance to enter the top four side if they manage to beat Swansea. It is interesting to note that both teams are separated by two points on the table.

The host are scoring goals at the rate of to 1.36 goals per game this season. Moreover, they have scored six goals in their last two games.

It is also important to mention that the visitors have lost two of their last five away fixtures in the Championship.

Our prediction is that Watford will win by 2-1 – the odd for this tip will be at 8.50. In the head-to-head encounters at Vicarage Road the host have won the last two meeting by a two-goal margin.

Our next tip for this game is that Both teams to score – the odd for this tip will be at 1.80. In the overall matches, both teams have scored plenty of goals in four of their last five meetings.