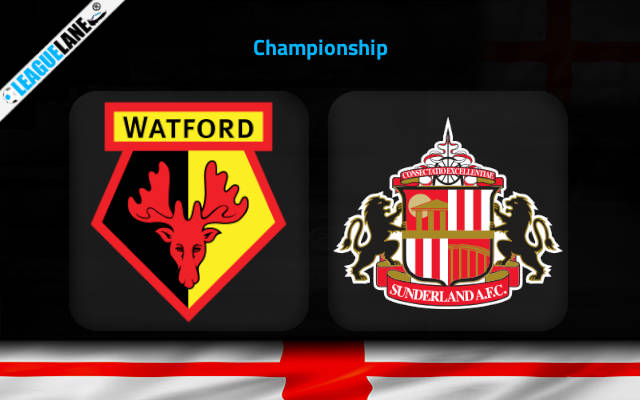 Watford boss Rob Edwards will have to make important changes as his team suffered a 2-0 defeat against Blackburn Rovers. They will now face Sunderland at Vicarage Road for matchday 10 of the EFL Championship.

The visitors are cruising comfortably in the league this season. The team is in the sixth position on the table. They have won four matches out of nine. In their most recent game, they defeated Reading by a huge 3-0 margin.

Patrick Roberts scored a brace just before half-time. This victory was much needed for Black Cats as they suffered a narrow 1-0 defeat to bottom-side Middlesbrough.

Meanwhile, the host are winless in their last two league outings. Manager Rob Edwards is growing frustrated with his team’s recent performance. Do also note that last month they were knocked out of the EFL Cup.

Moreover, the team have won only one game in their last five outings in all competitions.
Also, the team’s defence have been breached nine times in the last nine games.

It is interesting to note that both teams share the same number of goals conceded in the EFL Championship this season.

Tony Mowbray and his men will look to extend their winning streak to two in this upcoming fixture.

It needs to be mentioned that lead striker Rey Manaj is out injured for this fixture. Moreover, the host have won only one game in their last five outings.

The visitors are having an unusual pattern in the league this season. They are winning every alternate game.

It is also important to mention that the visitors are averaging 1.56 goals per game.
Our prediction is that Both Teams to score – the odd for this tip will be at 1.83. In the head-to-head encounters at Vicarage Road, both sides have scored in four of the last five meetings.

Our next tip for this game is that the Correct score will be 2-1 for Sunderland – the odd for this tip will be at 13.00. In four of the last eight meetings, the visitors have scored at least two goals.