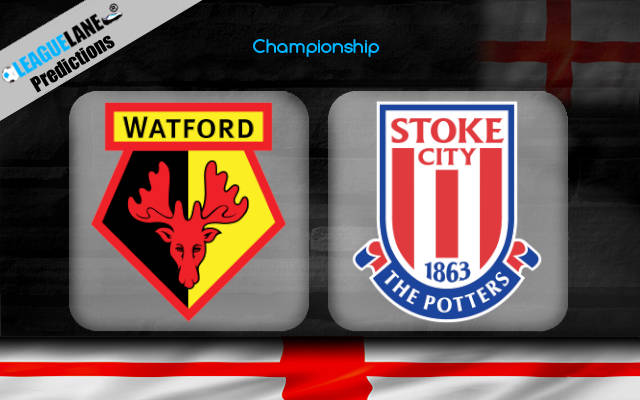 Both teams are in pursuit of a playoff spot, and as of now they are placed sixth and eighth in the table with 15 points each.

However, they are just three points behind the second-placed Swansea, and considering that the fourth-placed Norwich and the seventh-placed Millwall are taking on each other this game week – there’s a huge opportunity for the Potters as well as the Hornets to make a huge climb upwards.

Vladimir Ivic’s men were just relegated from the Premier League, and for obvious reasons, they are far more experienced than their counterparts for the day. They had consistently fought with some of the very best teams in the world the last season.

However, Michael O’Neill’s men have a great h2h record against this opponent, and they have been performing at a high level this campaign as well. In fact, their only loss in the past nine match-days had come against the second-placed Swansea.

As such, expect both these in-form teams to find the back of the net this Wednesday.

Ivic’s men lost 1-0 on the road the last match-day, against Barnsley. In the meantime, the Potters won 1-0 at home against Rotherham.

Going on, O’Neil’s men had won four of the last five overall h2h encounters, and they are unbeaten against this opponent since 2016. In addition, they have not lost at this venue in the past 14-year period, and they have lost just twice since 1990 in h2h clashes here.

Furthermore, they were also unbeaten in 17 of their preceding 20 overall games, and had won seven of their last nine road games.

On the other hand, their counterparts are on a three-fixture winless run, and they have not kept a clean sheet in their previous four match-ups. Likely, expect Stoke to avoid a defeat at the minimum this Wednesday.

However, understand that the Hornets are from the Premier League, and they had won six of their preceding eight home appearances.

In fact, they have lost just thrice at home all through 2020, and these losses had come against Manchester City, Southampton, and Everton – three of the best teams in the EPL.

For the reasons, expect Watford to score at least once at the Vicarage Road.