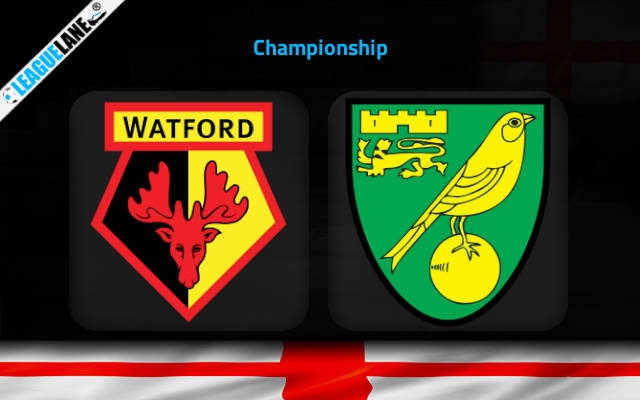 Norwich were recently relegated from the top flight, and they are finding themselves to be the top dog in this second division. They are placed second in the table at the moment, and they surely are going after the top-most spot. They have all the momentum in the world against the inconsistent Watford.

Watford are letting in goals in huge numbers, and seldom have they managed to register wins this season. It is quite hurtful for their fans that even in front of their home crowd their beloved team has been a failure.

So far they managed just four wins in total, and in the past five match-days they were able to post the three points on the board just once.

And it also needs to be considered gravely that they let in two or more goals in majority of their appearances at home this season.

Meanwhile, while it’s true that Norwich had to face heartbreak at the end of the last season – due to their relegation from the Premier League, this new campaign has been totally different.

Their stint at the top seem to have benefitted them a lot. They are placed second in the table at the moment, and they are level on points with the toppers.

Going on, toppers Sheffield are currently struggling a bit, and this is the time for Norwich to push for the top-most spot. Count on them to be the better team on the pitch this weekend.

Watford are losing most of their recent games, and they are also letting in goals in huge numbers in the process. They were able to register just a single win at home in the past two months, and all along their defense proceeded to sleep on them.

On the other hand, Norwich are gunning for the top-most spot, and they will consider this upcoming match-up against a struggling opponent, as an opportunity.

They are on a long stretch of great performances away from home, and they also have the better h2h record in recent h2h meetings.

Expect a win for the in-form Norwich this weekend.

Tips for Watford vs Norwich