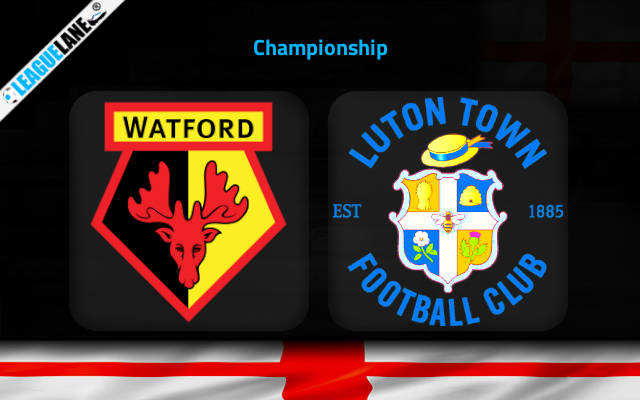 Luton visit Vicarge Road on Sunday for the Championship fixture with hosts Watford.

They had opened up with unbeaten outcomes, displaying their desperation of losing a spot in the previous season. But, they failed to maintain it further as they are currently on an inconsistent run in the campaign.

However, Watford will come into the clash following on from a 2-1 win against Norwich in their previous outing. Their immediate objective will be to claim more victories and maintain a winning streak.

Meanwhile, Luton has been one of the decent teams in the English second division for the past several years and especially so during the previous season.

They seem to have picked up things from where they left of in the past season. After a slow start, Luton managed to gain the much needed momentum. In the past 10 Championship fixtures, the team had lost only once.

By the looks of things, expect an interesting affair between these two on Sunday.

Both of them are having an equal form in this stadium. As for the home team, there is no such good performances from them here at present.

On the other side, Luton come into this fixture unbeaten in their last five away games. Although they did not displayed a heavy firepower, Luton still had the scoring which is enough to seal a win.

We think the ideal option is to place the draw no bet in favor of the away side, considering the chances of a draw against Watford who have scored goals in their last four home games.