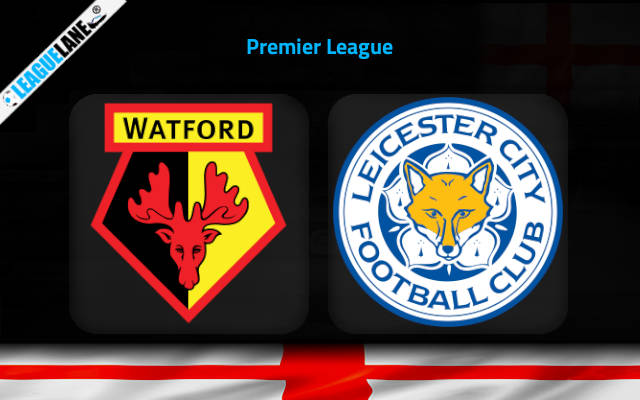 Watford are one of the absolute worst teams in the competition, and it was only deserving that they have confirmed their relegation from the top flight.

They will have to spend at least one season in the second division, which is the Championship, and now it is a doubt if they would be able to claw back their way to the top.

They are on a long losing streak, and are conceding goals in alarming numbers. In fact, they are the only team in the whole league to have lost the last five league games in a row.

And a game against them is a huge opportunity for any other team in the English Premier League, let alone a former champion who are struggling to find form now.

Leicester have not at all been their actual self this time around, and have now failed to qualify for one of the European competitions next season.

They are also on a stretch of performances where they have dropped a lot of points, and to be frank fans have started worrying if there might be a comeback for the team.

It goes without saying that the team will have to produce a huge win before the end of the season if they want the fans back in their corner. And this is where this upcoming fixture can help them.

Count on the Foxes to have the upper hand this Saturday, against the struggling Watford.

Watford lost 1-0 on the road the last match-day against Crystal Palace, and they are also on a 6-fixture losing streak. They were also winless in 20 two of their past 24 overall games, and in the process they had gone on separate six-fixture, and seven-match losing streaks.

On the other hand, the Foxes did lose 1-2 at home the past game week against Everton. But it needs to be mentioned that they were unbeaten in eight of their previous twelve overall games, And most importantly, they have a good head-to-head record against this opponent over the years.

For these reasons expect a thorough win for Leicester this Saturday.

Tips for Watford vs Leicester City