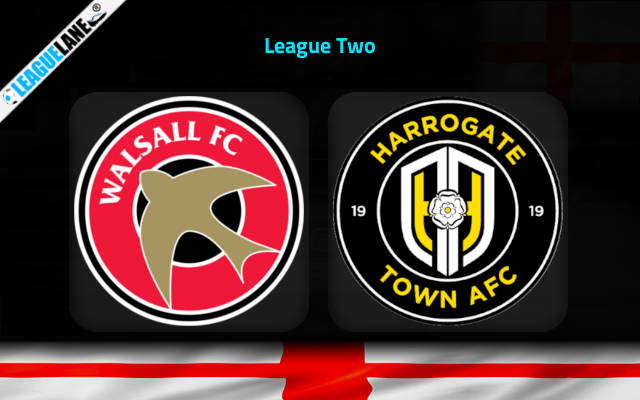 Judging recent form, expect a win for the former this weekend at the Bescot Stadium.

Walsall recorded a 0-1 win on the road the last match-day, against King’s Lynn. They are also on an eight-game unbeaten streak, and five of these were wins. Note that they had also scored two or more goals in five of their past eight fixtures.

Going on, they have lost just once in the past seven appearances at home, and just twice this whole season at this venue.

And the only instance in which they failed to score at home was back in August, against Doncaster in the EFL Cup. Note that Doncaster are from the League One.

On the other hand, Harrogate lost 4-0 on the road against Sheffield Wednesday the past game week. They were also winless in five of their preceding six fixtures, and four of these were losses.

Do also note that they had conceded two or more goals in three of their past five games, and they are also on a three-fixture losing run on the road. They also have a total of one clean sheet on the road since May of 2021.

Taking into account these observations, as well as the defensive weaknesses of Harrogate, expect a compelling win for Walsall this weekend.