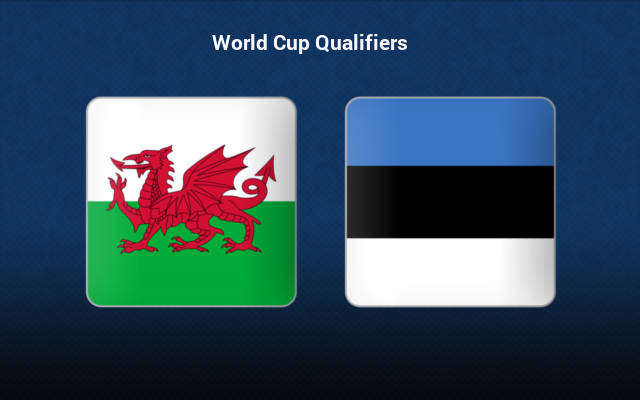 Wales aim to go second in Group E table of the World Cup Qualifiers with a win against Estonia on Monday.

We saw a thriller on Sunday in the away fixture of Wales against Belarus. Against the trend and expectation, the game produced goals and 5 in total and Gareth Bale snatched the victory by 3-2 margin seconds before the final whistle.

The Dragons sit with a 1-point deficit at third in the table behind Czech Republic who lost 0-3 to Belgium on the same day. Gareth Bales’ men have two games in hand that the top two and a win here will place them just behind group leaders Belgium.

Estonia are coming on the back of a 5-2 loss to Belgium. They have lost all three games played so far and conceded a massive 15 goals in total. At the same time, they managed to score twice in each of those games, the previous opponents being Belarus (2-4) and Czech Republic (2-6).

The Estonians are certainly no match for other teams in the pool. It seems like they know this and have become the kind of entertainers of the tournament.

There has been only one meeting between these two sides. Wales won the friendly in 2009 by a solitary goal.

With a doubt, Wales are heavy favorites to win this match with Estonia being a punching bag for moderate and strong teams in the region in competitive fixtures. On top of that, Wales have not lost a football match at home turf since their 1-2 defeat to Denmark in November 2018.

For value for money, we take the hosts on an Asian Handicap -1.5. The over 2.5 goals at full-time is a decent alternative while HT/FT for the home team is worth a shot.