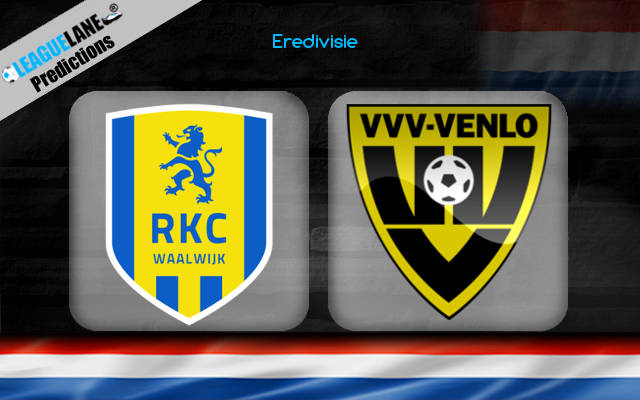 Since the teams have showcased a bad form in their schedule, we cannot expect anything huge to happen in the match at Waalwijk.

In desperate conditions, Waalwijk is currently at the ultimate bottom and Venlo close to them in the second last spot in the table.

Waalwijk marked their third loss in the last five matches after the 2-0 defeat against Den Haag on the road in their previous match.

Venlo, in the meantime, will be visiting after a 1-1 draw against PSV at home in their prior clash in their schedule as they stayed winless for the third consecutive game in a row.

Despite being in the far bottom of the table, Waalwijk has managed to take three wins so far. Significantly, these three wins have come within the recent five league matches.

In addition to that, even though they are the punching bags in the league for other teams, Waalwijk has recorded two of their three wins at home.

So, accounting for their home ground advantage as their strongest suit, Waalwijk will have the best shot for a win when playing at their own turf.

Along with that, Venlo has been facing troubles away from home in the league. They have only one win in their nine trips on the road so far.

Hence, if anyone can take those three points from the match it shall be Waalwijk. So, the punters can probably bet on Waalwijk to win in the clash.

Also, the chances of a draw are too rare as Venlo has not marked a draw in any of their away fixtures this campaign season.

Even though both teams have conceded 45 goals each so far in the contest, their scoring has been only close to one goal per match in overall.

Henceforth, this opens the way to another bet on the total goals in the match which will likely be under 3.5 goals in ninety minutes.

Ferretti U20 vs Real Madriz U20 Prediction & Match Preview

Managua FC U20 vs Ocotal U20 Prediction & Match Preview

© All contents including and not limited to article texts and images are copyrighted to LeagueLane. Do not copy or translate in any form without a written consent. All Rights Reserved. 2016-2020 LeagueLane®
We use cookies to ensure that we give you the best experience on our website. If you continue to use this site we will assume that you are happy with it.Ok