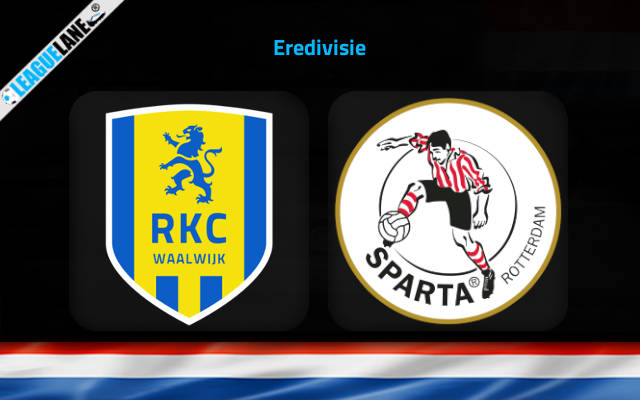 Both Sparta and Waalwijk are trying their best to break into the top-most tier of the table, and are delivering some great results lately. At the same time, they are also finding the back of the net consistently.

Sparta are currently in possession of the seventh spot in the table, and they also managed to win three of the past four fixtures in the competition. Do note that they remained unbeaten on the road all through the current league campaign, barring their encounter against titans Feyenoord.

Meanwhile, Waalwijk are placed eighth in the table at the moment, and they have a 100% unbeaten record so far in the campaign – barring just two defeats. The two losses came against PSV, and Feyenoord.

Note that they are also on a two-fixture winning streak at home at the moment.

In addition, the two teams scored in plenty whenever they locked horns in the past, and considering all these observations, expect a high-scoring affair this weekend.

Waalwijk recorded a 5-1 win in their latest encounter, against Cambuur. Note that they scored five or more goals in two of their past three overall games, and they found the back of the net two or more times in three of their last four matches.

In addition, they also scored ten goals from their past two appearances at home.

On the other hand, Sparta won three of their last four overall games, and they scored two or more goals in two of their previous three fixtures.

Do also note that they were unbeaten in 13 of their previous 17 overall match-ups, and in the process, they even went on a six-game winning streak.

Taking into account these observations, expect a high-scoring affair this Sunday.