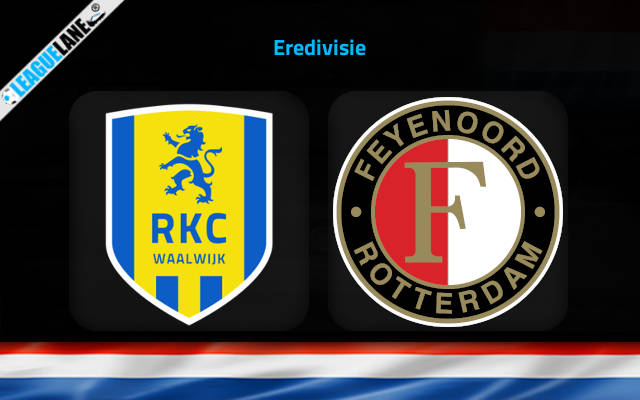 In match-day 3 of Eredivisie, Waalwijk will play host to Feyenoord the coming Saturday at Mandemakers Stadion.

Feyenoord were having an impressive form the past Eredivisie season. The frquent recording of a positive outcome allowed them to claim a safe zone spot at the end of the season.

Meanwhile, Waalwijk were having an average form throughout the past season and lost their chances of claiming a safe zone spot at the end of it.

When comparing their so far fixtures in the fresh Eredivisie season, we can see Feyenoord having an upper hand with an unbeaten consistency over Waalwijk who have started off with back-to-back drawn outcomes.

Following such a pre season run, Feyenoord opened this season with a motivating 2-5 win against Vitesse on the road. They added a goalless draw against Heerenveen and now follows a streak of two unbeaten games in the league.

Waalwijk doesn’t follow anything impressive. Their back-to-back drawn outcomes display nothing. When looking at their home recordings, we can see them following a streak of three competitive unbeaten games including those from the past season.

But, Feyenoord follows a much better form on the road. They won three of the past four away fixtures across all competitions. A 2-5 win against Vitesse was the most recent of those.

On top of that, Feyenoord follows a decent head to head form against Waalwijk at present. Considering all the above stats, we are backing Feyenoord to seal a win on Saturday.