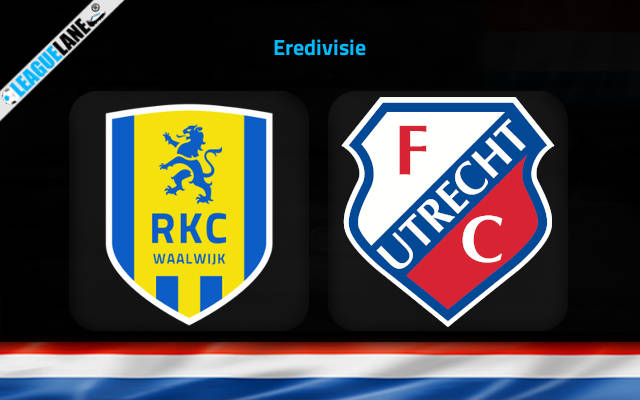 FC Utrecht sacked Rene Hake after a 1-3 defeat to FC Groningen in the previous round.

Rick Kruys will be in the interim manager role and he is about to make his debut on the team’s bench on Saturday evening when FC Utrecht travel to Mandemakers Stadion for the 28th round clash against RKC Waalwijk.

FC Utrecht took only one point from the previous three rounds. They well deserved more from each of these games, especially the aforementioned 1-3 loss to FC Groningen against whom they looked to be the better team on the pitch two weeks ago.

FC Utrecht are still inside the top-seven in the Eredivisie standings and they will be looking to stay there with a turn in form.

Next up for them are RKC Waalwijk who have been playing hot and cold throughout the whole campaign.

However, RKC Waalwijk managed to claim four huge points from the previous two league clashes against the likes of Heerenveen and Vitesse.

It is worth noting that RKC Waalwijk notched just one goal in the last three league games on the home patch.

Since Utrecht have lost just one of the last five away outings in Eredivisie, we would not be surprised to see the visitors getting a result on the new-manager-bounce this weekend.

Four of the last five matches RKC Waalwijk played in the league saw goals scored at both ends. Knowing about a high-scoring trend in the recent head to head affairs, we fancy the Both Teams To Score pick at the 1.70 odds here.

The visitors have a nice chance to shift their fortunes around with a new manager bounce and we see the value in backing FC Utrecht to win at the 1.90 odds.