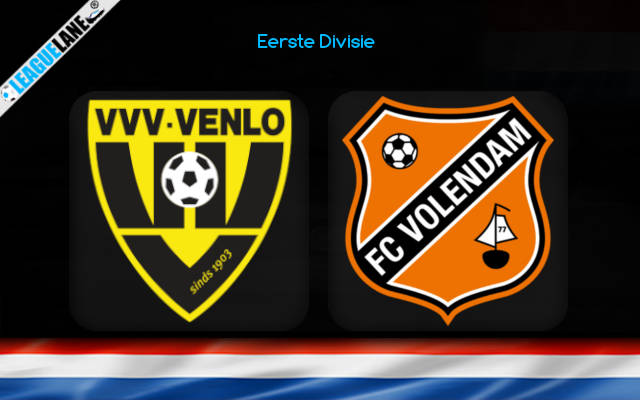 Game week 29 of Eerste Divisie brings us the match between VVV Venlo and FC Volendam on Friday at Venlo.

VVV Venlo played against Almere City in their last match. An own goal in the 29’minute of the match gave VVV the lead in the match. They maintained the lead until the end of the match, ending the game with 0-1 FT score.

Volendam played against Helmond Sport in their last match. Volendam scored four goals in the first half of the match itself, while Helmond could score only one and that too by the end of the match. The four goals endured the win for the Volendam.

VVV’s recent matches show the team has improved in their matches. The team has scored in nine of their last ten matches, in which five ended with wins. The team had been inconsistent in their form; earning a win and then a cold streak. However, their recent performance has helped the team move up the table to the 10th position with 36 points.

FC Volendam is the top contender of Eerste Divisie this season. They are 7-points ahead of the second team in the league table and are adding more wins to their tally. The team has only lost in only a single match in the league matches this season.

Volendam has played well in their matches throughout the season and has lost in only one of the matches. Their strong form makes them a formidable opponent to Venlo. Venlo’s inconsistency will be a disadvantage for them in this match.

Even in home matches, Venlo has not produced the results the team had hoped for. They have mixed results to show from their road trips. However, Volendam has not lost in a single away matches and will look to keep this streak going.

Volendam’s strong form makes them the most likely team to win the match. The match will probably end with over 2.5 goals and both teams will contribute to the scoreboard.