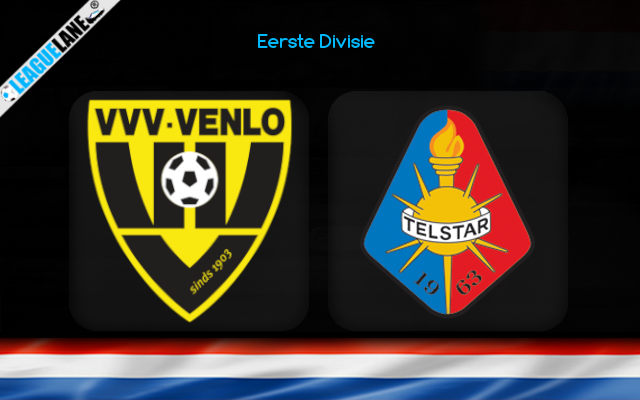 Telstar is currently struggling and failing to stay at least in the mid-table of the Dutch second division. They are currently placed 16th in a table of 20 and have a negative goal difference against their name.

Despite the league having completed 7 match-days, they were able to deliver just 2 wins. On top of that, they are also going through an inconsistent stretch of performances on the road.

Meanwhile, VVV-Venlo is part of the safe zone of the Dutch second division, and they are targeting nothing but the top spot in the group.

They finished 10th in the Eerste Divisie the previous season, and all along they had leaked goals in huge numbers. Do also note that they performed well under pressure to secure a safe spot which they failed to claim at the end of it.

Going on, they are currently placed 6th in the Eerste Divisie as of now, and they were unbeaten in 5 of their previous 7 league fixtures. However, they are still struggling with their defense.

Venlo have won 2, drew one and lost one of their past 4 league fixtures in front of their home crowd. Their only defeat came against toppers PEC Zwolle.

On the other hand, Telstar were winless in 8 of the past 10 road trips and had gone on a 8-fixture winless streak in the process. Do also note that they have not emerged victorious against VVV-Venlo in their previous 2 away matches.

Thus, we expect a winning performance from the hosts VVV-Venlo on Friday.