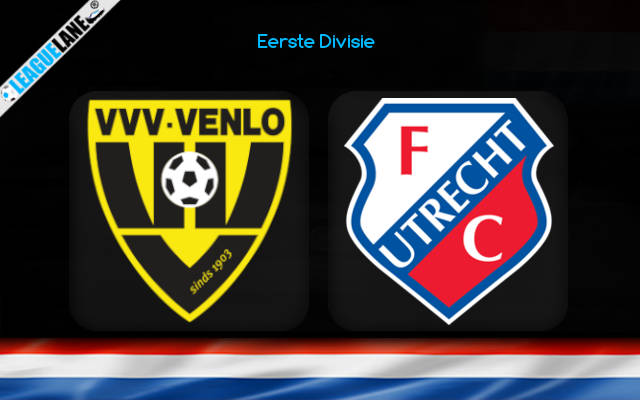 VVV Venlo will face their opponents Jong Utrecht at their home ground this Friday. Both teams have played 18 games till now and are 4 points away from each other.

VVV Venlo has 7 wins, 2 draws and 9 losses from 18 games. Their last match was against Telstar, which ended in favour of VVV with 1-3 FT score.

Jong Utrecht has 5 wins, 4draws and 9 loses so far. Their last match was against ADO Den Haag, which ended in yet another loss for the team with 1-4 FT score.

With a win in their last match, Venlo has moved up the table to 11th position. The team has not lost their last 3 matches and has scored in 14 of their 18 matches.

Also, their home matches have been better in contrast to their away matches. The hosts have won 5 of their wins in this season in their home ground and have scored in 8 of their 9 home matches.

Utrecht is in 15th position in their league table with 19 points to their name. The visitors are finding it very difficult to find a win in their matches. They have lost 5 of their last 6 matches. The team had a performed well in the beginning of the season but now their form has dropped drastically.

The match will be tight and may even end in a draw. But both teams will look for a win to gain the upper hand over the other.