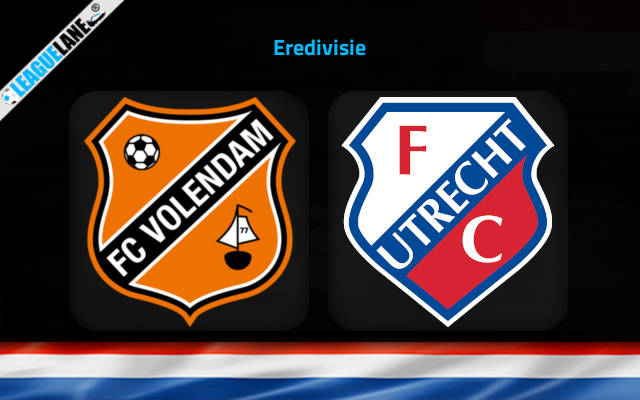 Three back-to-back victories have helped Utrecht jump to the seventh position on the table. They will now head to Kras Stadion to play against Volendam who are looking lost in the Eredivisie this season.

The heavy 6-1 defeat against PSV led to manager Henk Fraser making important changes. Now, they are not the same team anymore as they are on a three-game winning streak.

In their most recent outing, they defeated Groningen by 2-1. Sander Van De Streek scored the winning goal in that game. It is interesting to note that they have the best form in the league presently.

The host are rooted to the bottom of the table, they will most likely be relegated if they don’t start winning games. In their last league outing, they lost to Feyenoord by 2-0. This is their ninth defeat of the season.

Moreover, they have conceded the most number of goals in this campaign. The only positive result they got is that they are through to the second round of the KNVB Cup.

Do note that the host have a very decent away record this season. They have won four of their last five away games in all competitions.

It will be a very difficult task for Wim Jonk’s side to get any point from this game. As the visitors are in good form.

You can back the following, as our first tip is that Utrecht will win by 2-0 – the odd for this tip will be at 11.00. The visitors are unbeaten in their last three matches at Kras Stadion. Do also note that the host have lost nearly 70% of their matches this season.

Our next tip for this game is that Utrecht will keep a clean sheet – the odd for this tip will be at 3.40. In four of the last six head-to-head matches the visitors have kept a clean sheet against this team.