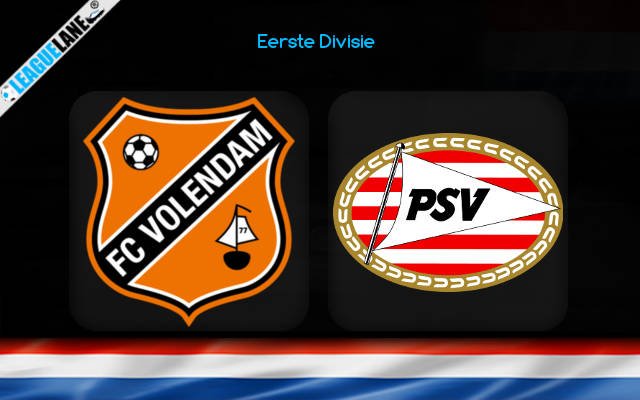 The 1st positioned Volendam are hosting their next match against 13th place Jong PSV on Friday.

Volendam stay on top of the table with 39 points and only 1 loss after 18 matches. Their last match against Helmond Sport ended in a draw with 1-1 FT score.

Jong PSV still stays at the bottom half of the table after they lost the last match against De Graafschap. A 90′-minute goal from De Graafschap made sure PSV lost the match with 2-3 FT score.

Volendam stays at the top of the table for a reason. They have won 11 of their matches and have only lost 1 match throughout this Eerste Divisie season and the team has scored 44 goals and conceded 23 goals from these matches.

The host has a good record when it comes to home matches. They are unbeaten in their last 8 games and have scored 2 or more goals in 7 of these matches. Volendam is sure to keep this streak going and secure a win in the next match.

Jong PSV moved down the table with the loss in their last match and they have not scored in last two matches. They have scored only 27 goals while they conceded 29 goals.

PSV has won their last away match against MVV with 1-2 FT score, which takes their win count in away matches to two.

Volendam has drawn 3 games out of last 5 games. They will look for wins in the upcoming match to stay on top with a clear upper hand against other teams. Volendam has more chance in win than PSV because they are have exhibited better game than the other.