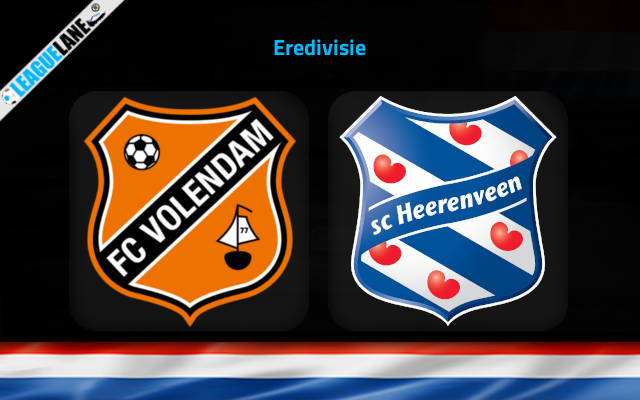 Volendam’s season is similar to that of a sinking ship in this campaign. The team lost 60% of their matches, now they will welcome Heerenveen at Kras Stadion on Matchday 11.

The primary objective for Wim Jonk’s side is to secure a win at any cost. They have only won a single game which was against Twente on the 28th of August. Now they are at the bottom of the table.

Previously in the game against Emmen, Walid Ould-Chikh saved his team by scoring the opener yet the game ended in a 1-1 draw.

The visitors are facing a winless drought this season. It has been over a month since their last Eredivisie victory. In their last league outing, they were just inches away from a win however Finn Stokkers from Go Ahead Eagles scored the equaliser in the last minute of the game.

This was their second defeat of the season. The main reason why they are underperforming this month is that they have been lacklustre in front of the goal, having scored only once this month.

It is hard to accept for the Heerenveen supporters that their team is not performing against the top teams of Eredivisie. As they lost to PSV and Ajax recently.

Also, 50% of their matches have ended in a stalemate. This is what Volendam boss Wim Jonk has to be prepared for as his only aim is get three points by any means.

Most recently, the host just defeated Harkemase Boys in the first round of the KNVB Cup. Even if they achieve half of what they scored in that game against this side, they will surely break their winless run.

For many years both teams have played against each other in various competitions.

Our first tip is that Heerenveen will win this game – at 2.10 odd. This is after considering that the visitors are on a four-game winning streak at Kras Stadion. Also the host have lost four of their last five home fixtures.

Our second tip for this game is that Second half will have the maximum goals – at 1.95 odd. The visitors have scored only once this month which was in the 52nd minute.

Similarly, the host have scored three goals in their last two matches and all the goals were scored after the 60th minute.

Hence we can expect this trend to continue in this game as well.