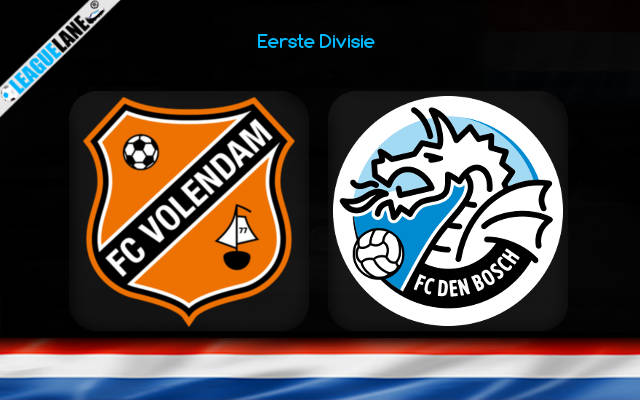 Volendam are favorites at home against any team in the division. They are now up against the in-form Den Bosch who have won four league fixtures on the spin.

However, Den Bosch’s performance against Oss in the previous round was anything but promising. We do expect the hosts to finally get back to their old habits and celebrate a convincing victory here.

Den Bosch broke into the top-eight in the Eerste Divisie table after clinching the fourth consecutive victory seven days ago.

They saw off Oss 1-0 at home despite creating almost nothing in the final third (only two shots on target) on the occasion.

Nevertheless, the head coach Jack de Gier can be thrilled with the amazing run his men have caught in the last several weeks.

They have conceded only two goals during the four-win streak and they will travel to Kras Stadion for this Friday’s fixture against section leaders Volendam on the back of two straight clean sheets in the last two rounds.

Maintaining such a thrilling form will be quite a big challenge for the visitors given they are up against one of the most lethal attacking lines in the division.

Volendam bagged 40 goals in 16 games this season. They are three points clear at the top of the standings despite winning only one of the last three league outings.

Tips for Volendam vs Den Bosch