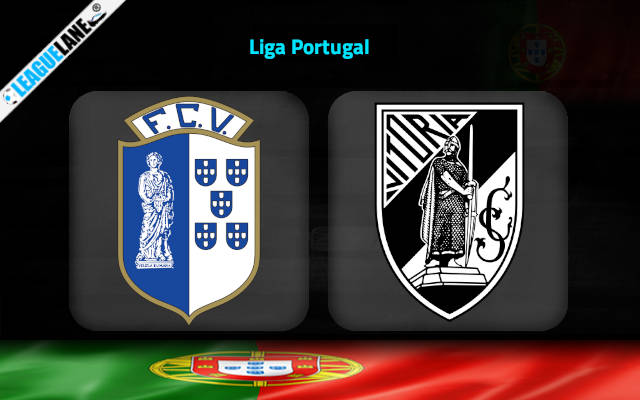 Vizela vs Vitoria de Guimaraes Predictions and Free Tips from our expert tipsters when the teams go head-to-head in the Liga Portugal on Friday, 30 December 2022.

Vitoria de Guimaraes have been delivering impressive displays consistently of late. They have sealed a set of victories which accelerated their position to edge of the promotion zone.

Guimaraes will trip to Estadio do Vizela to face the hosts Vizela who is currently following an inconsistent form in the league.

They have only met six times. Vitoria de Guimaraes won three, drew one and lost two of those 6 meetings.

The latest encounter at this stadium had finished in a 3-2 win for Vizela. The visitors have generally been conceding defeats against Vizela here.

Who will win the match between Vizela vs Vitoria de Guimaraes?

We are quite not sure about picking up a winner from these two teams. The main reason for that is the upper hand of the two in different aspects.

Vizela have a better recording in head to head while Guimaraes stand tall in the recent league recordings. Since the current form is what matters the most, we expect a result in favour of Guimaraes.

Guimaraes have also been recording low-scoring affairs mostly. In that case, expect goals under 2.5 goals ft in this match.

These two teams have leaked a total of 13 goals so far in this campaign. They allows at a rate of one goal per game.

Do also note that these two teams have leaked goals in the past few matches at the respective patches. Therefore, we expect goals from both ends of Estadio do Vizela.

Considering all these observations, we like to back the draw no bet option in favor of Vitoria de Guimaraes at 2.25 odds as the main bet.

Under 2.5 goals at 1.70 odds seem to be a decent alternative since neither of these two sides have been recording matches with goals over 2.5 ft.