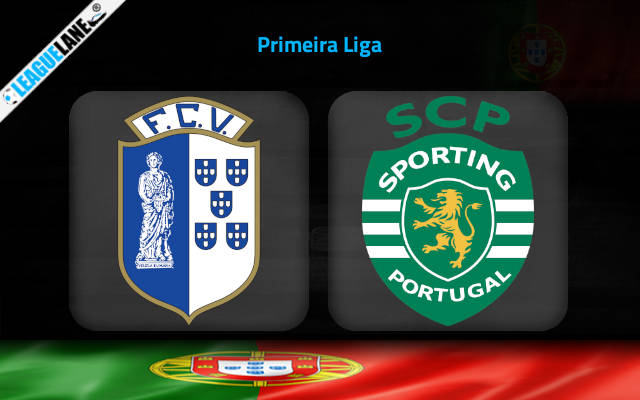 In game week 18 of Primeira Liga, Sporting Lisbon travels to Caldas de Vizela for their next match against Vizela on Sunday.

Vizela is in the 12th place on the league table with 16 points from 17 matches. They played their last match against FC Porto. At the end of the match, Porto had a 2-goal lead against Vizela. The match ended with 1-3 FT score.

Vizela had a poor start to the season. After a win in the second match, the team couldn’t score a win in the league matches till some of their recent matches. In the last ten matches, the team scored in only six of the matches and has found wins in only two of them. From the nine home matches the team has played so far, they have not produced a satisfactory result. They have won only two matches in their home ground, even though they have scored in six of the matches.

Sporting Lisbon stays in the 2nd position on the league table after their 17 matches, earning 44 points to their name. They played their last match against Leca in Taca de Portugal. Sporing scored four goals against the opposition while defending their post thoroughly. The match ended with 0-4 FT score.

The team has played well throughout the season, keeping an unbeaten streak from the start itself. Their first loss was in the last match in Primeira Liga against Santa Clara. Sporting Lisbon has won in the last nine matches while keeping clean sheets in six of them. Sporting has played eight away matches so far.

Vizela will have a tight match against Sporting. Sporting who are on their best form in the season will look to make up for their lost streak with more wins in the upcoming matches and the against Vizela will be the start. Even though Vizela plays in their home ground itself, they have not produced the results the team has hoped for in the matches.