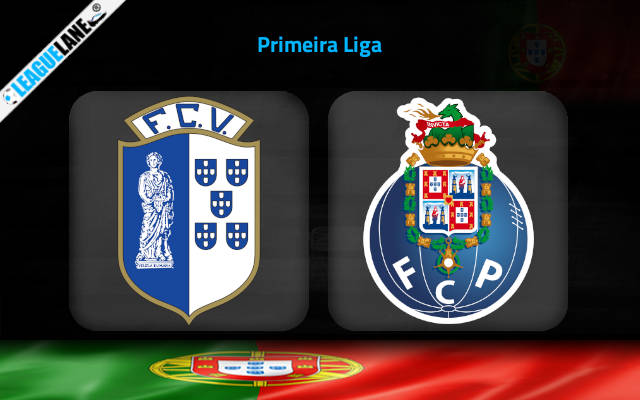 Mehdi Taremi starred with a brace eight days ago, while the team’s other offensive players also enjoyed a great performance on the occasion.

Taremi has now scored a brace in each of his previous two appearances for Porto, including one in a 3-0 thumping of Tondela in Portuguese Super Cup two weeks ago.

Sergio Conceicao is indeed getting the most out of this group of players. He led the team to their 30th league title with a record-breaking 91-point tally for the season.

Porto are getting better and better despite constantly losing their key players year after year. They lost Luis Diaz last winter, while this summer saw the departures of Vitinha and Fabio Vieira among others (two key figures in the team’s offensive line last season).

Nonetheless, Taremi is still there and he is ready to shine once again on Sunday against Vizela who shocked Rio Ave with a 0-1 victory last weekend.

Vizela offered a fantastic display on the occasion, leaving Rio Ave without a single attempt on target on their own patch.

They are about to face a much tougher challenge here against the likes of Porto, but the opening day’s performance was indeed more than encouraging.

Vizela showed a great defensive effort away at Rio Ave and their head coach Alvaro Pacheco will likely set his team up for another similar showing this time around.

We know this is Porto, we know the last season’s H2H encounters between the two outfits provided goal fests, but we are very tempted by the 2.15 odds offered for the Under 2.5 goals FT pick here based on Vizela’s showing on the opening day.