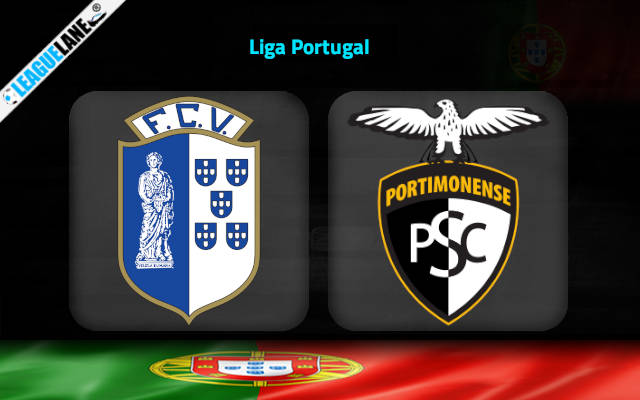 Vizela will be hoping to end their losing streak after successive defeats to Gil Vicente and Pacos Ferreira in the previous two rounds.

They will have to do it without the joint-top scorer Cassiano who was sent off as early as in the eighth minute of the 2-1 loss at Pacos Ferreira last Saturday.

Vizela, who have generally been struggling with the lack of attacking creativity even with their top scorer on the pitch, will thus face a hard challenge in an attempt to beat ninth-placed Portimonense on Sunday afternoon.

The visitors will travel to Caldas de Vizela winless in nine subsequent outings across competitions. They have, however, drawn in each of the last three in the process.

Head coach Paulo Sergio can generally be satisfied with the performance Portimonense have shown on Monday night in a 1-1 draw away at mid-table rivals Santa Clara.

Portimonense have actually lost only two of the last eight matches on the road across competitions and we would not be surprised to see them leaving Estadio Do Vizela victorious here.

Vizela lost four of the last five home outings across competitions, conceding at least two goals in three of the previous four matches along the way.

Neither of the two outfits have shown decent form lately. The hosts will be handicapped without suspended striker Cassiano, but it is still hard for us to go with the away win pick knowing Vizela are yet to lose the home fixture against Portimonense (two wins and three draws in five previous head to head clashes in Caldas de Vizela).

We will thus go with the draw as the main pick at the 3.30 odds, while you can also back the Under 2.5 goals FT at the 1.66 odds knowing that neither of the two teams have been thriving up front lately.