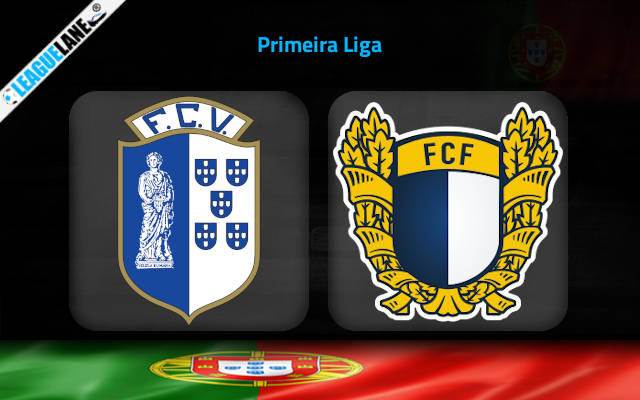 Vizela is on a poor run of form as they have last seen a victory was 6 games back. They have lost thrice from their last 5 league schedules and are only 4 points from relegation safety. Famalicao ended their 3-game winning streak recently with their last two fixtures been denied of three-points. These two lower half teams are set to clash this Friday at Estádio do Vizela where Famalicao will be visiting for the 27th Round of Liga Portugal.

The hosts are at the 12th spot on the standing with 27 points from 26 games. They won 6 times in the league while drawing on 9 and losing on 11 other occasions. They have been poor on road as they have managed just a single win in their last 7 away league fixtures.

In their previous game, Famalicao had a goal-less in the Primeira Liga tie with Santa Clara. Throughout their 6 latest matches, Rui Pedro Silva’s men have managed to stick the ball in the net a total of 9 times thus giving them a goals per game average of 1.5.

On the other hand, Vizela resides at the 14th position on the table with only 25 points. Of the 26 matches played, they won only 5 games while drawing on 10 and losing on 11 other occasions. Their total goals to conceding ratio stands at 28:44 showing their far from perfect defense.

Vizela will play in this game coming off the back of a 1-1 league drawn result against Benfica. Analysis of their previous 6 games shows that they have been scored against on all of them as well as managing to get onto the scoresheet in 5 of those matches.

The hosts’ form hasn’t been good, as the team has won only 4 of their last 24 matches in the league. The visitors are also poor on road as they have been denied victory in 76% of the games played on road. Since both teams are struggling as of now, we think a draw is likely to occur this weekend.