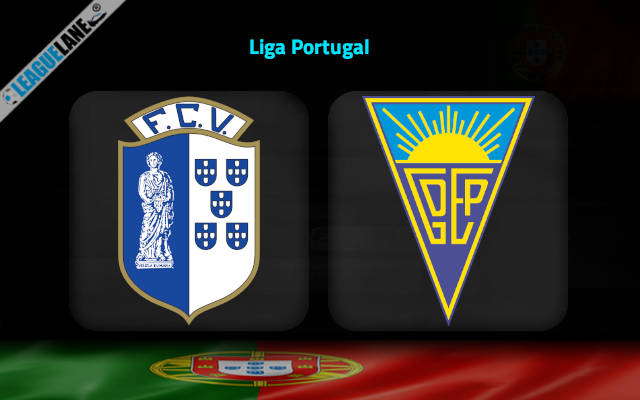 Vizela and Estoril will close Gameweek No 6 in Portuguese Primeira Liga on Monday evening when they take on each other at Estadio Do Vizela.

The teams are separated by two points going into this tie. The outfits have managed a single win each in the opening five rounds.

However, both teams have had a fairly touch schedule at the beginning of the season. Vizela have thus already played the likes of FC Porto and Benfica.

Vizela actually offered a fantastic resistance against the red-hot Benfica side last Friday, conceding only a late goal in the 12th minute of stoppage time (from penalty-kick).

The team led by Alvaro Pacheco defended very well against Benfica. They have generally been pretty tough to break down in the early stages of the season as three of the opening five outings ended with fewer than three goals scored.

Estoril had a tough game last Friday as well since they had to face another Portuguese Champions League contestant.

Nelson Verissimo’s squad suffered a 0-2 home loss to Sporting CP. The team from Lisbon completely controlled the happenings on the pitch throughout the entire 90 minutes of play on the occasion.

Estoril have failed to register a shot on goal at all nine days ago. Can they do better offensively here against Vizela?

Vizela have been tough to break down so far in the season, while Estoril did nothing to even try and hurt Sporting CP last Friday.

Looking at both H2H trend and the team’s playing style in the opening five rounds of the season, the Under 2.5 goals FT has to be the way to go at the 1.65 odds. We will also back the hosts to keep a clean sheet at the 2.62 odds.