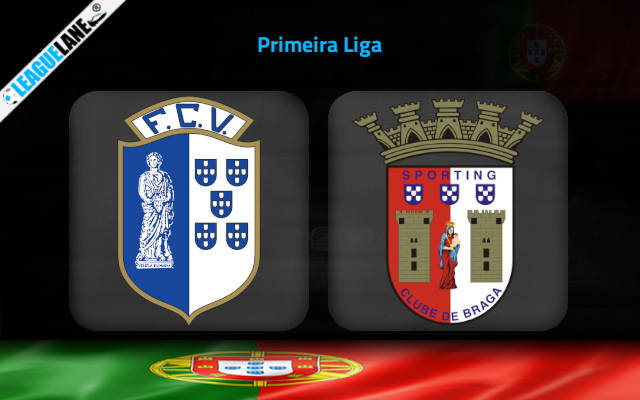 Winning back to back league games, Sporting Braga is set to extend that lead as they take a roadtrip to Estádio do Vizela to clash with the bottom halved Vizela this Sunday.

Vizela is at the 13th spot on the standing with 29 points from 28 games. They won 6 times in the league while drawing and losing 11 times each. The hosts need to improve their backline as they have been conceding huge in numbers.

Vizela picked up a first victory since the end of January, as they beat Estoril 2-1 away from home. They have lost only once in the recent five matches. After having been able to hold the likes of Benfica to a stalemate, they might be planning the same here.

On the other hand, Braga resides at the 4th position on the table with 52 points. Of the 28 matches played, they won 15 games while drawing on 7 and losing on 6 other occasions. They are in the zone for Europa Conference League qualification spot and need at least 10 points to leap to the third spot for Champions League qualifiers.

Sporting Braga have found some strong form since the international break with a 3-2 victory at home to Benfica last Friday. They took a crucial 1-0 lead in their Europa League quarter-final with Rangers on Thursday night and with their position basically secure in the table they may consider resting some key players here ahead of the second leg next Thursday.

Vizela might have suffered only one defeat in the last five games but they have also managed just one victory courtesy of a struggling defense that has not kept a clean sheet in a remarkable 13 matches. They have won only thrice out of the 14 games played at home.

Braga remain unbeaten in 73% of the games played at away fixtures this season. They are also on the back of 2 back to back wins.

Sporting Braga have drawn two and won two of their last 4 away games and that makes us to anticipate a draw no bet a option reasonable.