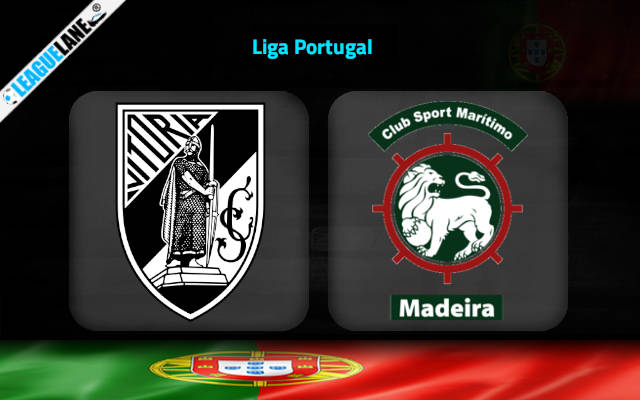 Vitoria Guimaraes snapped a three-win streak with a tough 3-0 defeat away at Sporting CP last Saturday.

Their job was made tougher by left wing back Alfonso De Freitas who earned two bookings inside the opening half an hour of the affair at Estadio Jose Alvalade.

Nevertheless, it was anyways the match in which Vitoria did not expect to get much from. They are now looking at a very much winnable contest in the last game before the World Cup as bottom-half strugglers Maritimo come to visit Estadio Dom Afonso Henriques in Matchday No 13.

Maritimo sit second from bottom in the Primeira Liga table after 12 games of the season. They own the second-worst attacking record in the division with just eight goals bagged in this term.

Vasco Seabra’s men managed their maiden win of the season two weeks ago when they dispatched the rock-bottomed Pacos Ferreira 0-1 on the road.

Maritimo returned to the old habits and lethargic offensive performances seven days ago, playing only a disappointing goalless draw in the home fixture against fellow bottom-half side Famalicao.

Vitoria de Guimaraes own one of the best defensive records in the elite tier of Portuguese football. They have allowed only four goals in six home matches this term and we can hardly see Maritimo doing much in the final third on Sunday afternoon.

Home win to nil has to be the way to go here based on everything we have seen from these two teams so far in the season.

Those who would like to chase higher odds can try with Guimaraes to win & Under 2.5 goals FT pick at the 3.60 odds. We also see this as a great match for the correct score market as Guimaraes’ 1-0 win is paid at the 6.00 odds.