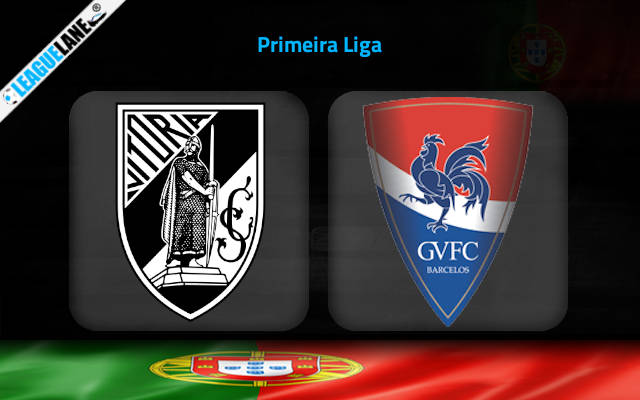 Vitoria Guimaraes will host their neighbor Gil Vicente who have already booked a spot for Europa Conference League promotion. These two sides will cross swords at Estádio D. Afonso Henriques this Sunday.

Gil Vicente is at the 5th spot on the standing with 51 points from 33 games. They won 13 times in the league while drew on 12 and lost only on 8 other occasions. The visitors have already earned a chance to play European football and they have almost nothing to do to change anything in the league as well.

The visitors beat Tondela by 3-0 on last Sunday to snap a run of 6 Primeira Liga matches without a win and secure the last European place ahead of Vitoria Guimaraes. They have been scored against in 5 of their last 6 matches, conceding 11 goals in all.

On the other hand, Vitoria Guimaraes resides just below at the 6th position on the table with 45 points. Of the 33 matches played, they won on 12 while drew in 9 and lost on a dozen other occasions. At this point, they have nothing to prove for and will be aiming to end the season on a high note.

Vitoria Guimaraes are unbeaten in 4 league games after a 1-1 draw at Boavista on last Friday. They have enjoyed one of the best away records this season but they have managed just win only once from their last 5 games played on the road.

Gil Vicente remain unbeaten by this hosts in the games played away from home for the previous 4 matches in the league. But they are without a win away from home in their last 3 league matches.

By the looks of things, expect a Double chance for Gil Vicente this Sunday.