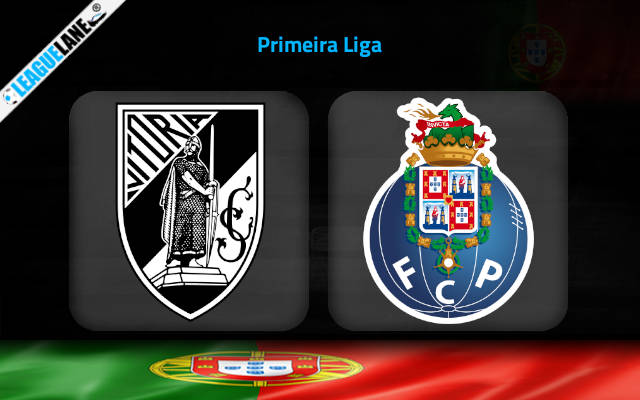 Vitoria Guimaraes vs FC Porto Predictions and Free Tips from our expert tipsters when the teams go head-to-head in the Liga Portugal on Saturday, 21 January 2023.

Guimaraes had a decently maintained pleasant run before turning inconsistent of late. They are on a three-game winless streak and have lost their position inside the safe zone.

Meanwhile, FC Porto have been delivering impressive displays lately. They have bagged a total of 13 points from the last five league games to climb into the third position.

FC Porto have been the dominant force in the history of this match-up. They are on a seven-game winning streak against Guimaraes at the moment.

At this venue, FC Porto is on a four-game winning streak. Both teams to score and over 2.5 goals ft option landed in three of the past four h2h clashes here.

Who will win the match between Vitoria Guimaraes vs FC Porto?

Despite of the recent dip in form, Guimaraes is still maintaining their unbeaten run at home. However, it will fall short of Porto’s six-game unbeaten streak on the road.

Moreover, FC Porto is having a superior hand against Guimaraes in the h2h tradition. We therefore expect a win for Porto on Saturday.

Both Guimaraes and FC Porto have been scoring goals consistently in the past several matches at respective patches. Both teams have an attacking side which is capable of recording a cumulative total of over 2.5 goals in ft. Thus, goals are likely to come over 2.5 here.

FC Porto have allowed goals in four of the past five road trips while Guimaraes leaked in two of the past four home outings.

On top of that their recent h2h recordings at this stadium suggests a both teams scoring scenario. Therefore, expect this match to have goals from both ends.

FC Porto’s form against Guimaraes is so impressive especially at this venue. Despite being travelers, they have won almost every fixtures in the past 10.

We therefore expect a 1-2 win for them when the referee blows the final. While placing it as the main betting tip at 8.50 odds, we like to back the both teams to score option at 1.90 odds as the second tip.