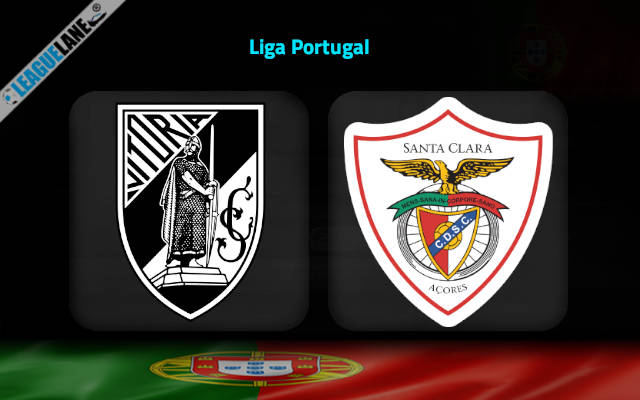 Both Guimaraes and Santa Clara are going through worrying stretches at the moment and are letting in goals in huge numbers. Defense is an issue for either of these squads, and it goes without saying that the two teams are under intense pressure.

Santa Clara are placed 16th in a table of 18 at present, and so far they were able to deliver just a single win. They started their league campaign on a four-game winless run – three of which were losses.

It also deserves to be mentioned that they have a 100% losing record on the road so far in the current edition of the Primeira Liga.

Meanwhile, Vitoria are one of the three teams in the tournament to have lost the last three fixtures in a row, and their performances in front of the home crowd have not at all been good.

Moreover, the two teams have combined together in h2h meetings to produce some goal-fests in the past too.

By the looks of things, expect a high-scoring affair this Friday at the Estádio D. Afonso Henriques.

Vitoria are on a three-game losing streak, and they were winless in 18 of their preceding 30 games. Do also note that their latest appearance at home ended in a loss.

On the other hand, Santa Clara were winless in 20 of their previous 26 overall matches, and they lost three of their preceding six games too. Do also take into account the fact that they let in two or more goals in two of their past four fixtures.

Considering these stats, expect a goal-fest this Friday between the two squads.