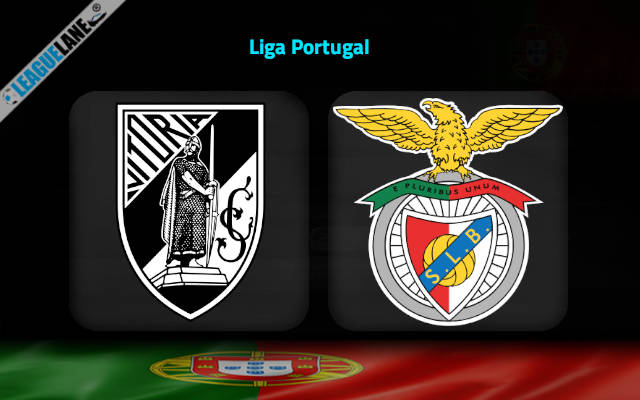 Vitoria de Guimaraes have failed to maintain their winning streak at the beginning of the season. After winning the opening two fixtures, they made it three consecutive games conceding a defeat.

Three defeats in the previous five rounds affected their positioning in the league standings. They have demoted to the 9th position after dropping points in the past five.

Meanwhile, Benfica have been one of the top performing teams in the Portuguese top flight for several years. The previous season was no different. But, they had missed out on a European ticket by small margin of points.

Going on, Benfica seems to be determined to make amends this time. The team bagged a total of 21 points in their 7 league fixtures in this season with a perfect score of 7 wins.

Do also note that the teams scored a total of 19 goals while leaking just 3. German coach Schimdt can be thrilled with his team’s performance in both the scoring and preventing sides.

On top of that, Benfica rather have a superior form against this opponent in the past several years. Thus, we can expect a winning performance from the visitors Benfica this Saturday.

This match is a great chance for the visitors to maintain their extraordinary spell of form at the beginning of this season.

We can see the value of backing Benfica to Win & Over 2.5 Goals at the 2.10 odds. While you can also go with their Goncalo Ramos to score anytime after his brace in the previous match against Maritimo.