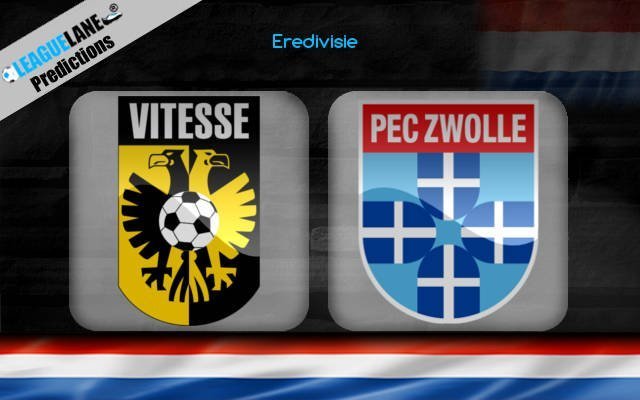 The Dutch clubs residing at the eighth and sixteenth position in Eredivisie will be locking horns at GelreDome. Two games have been played by all teams so far.

The hosts have a better-favoring stats when compared to the guests. Vitesse team has won the last game against Willem II after they tied the first game with Ajax. They scored four goals from the two games this season.

The visitors had a bit disheartening start to the season with bearing two losses from the two matches in Eredivisie. They lost the first one to Willem II in a 1-3 scoreline and then later with a 1-3 score to Utrecht.

The hosts were able to put thirteen goal attempts against a strong team like Ajax at their first encounter of the season. Against Willem II in the second match, they exhibited ten shots on goal from seventeen goal attempts in the game.

The teams will have the field to prove their worth in the tournament. The home team will try to strictly keep their winning run unharmed. They will also look to give their crowd another celebration for the night.

We can expect the home team to dominate on both halves of the game. The game will contribute with more than 2.5 goals.