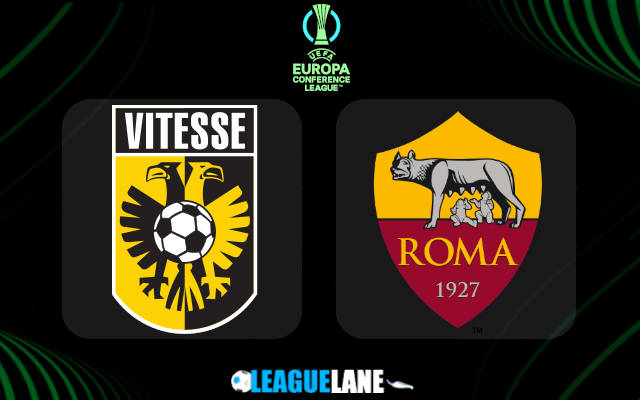 Vitesse, despite losing 2-1 to Rapid Vienna in Austria; managed to pull off a 2-0 win at home to progress to the round of 16 in this tournament. Where they welcome Roma to the GelreDome for the first leg.

The club had made it out of Group G, of this competition following a second place finish in the table, ahead of Tottenham and Mura but behind Rennes.

Domestically however, the club is mediocre at best, throughout the course of the season. As they currently occupy 6th position in the Eredivisie, a country mile behind Ajax and PSV.

Roma meanwhile, were able to finish top of Group C in the UEFA Europa conference League, ahead of the likes of CSKA Sofia, Zorya Luhansk and Bodø / Glimt. Thanks to this top of the table finish, the club earned their trip to Arnhem.

The team, disregarding their Coppa Italia exit, have had a wonderful start to the year and are currently undefeated in seven league fixtures.

Thanks to such convincing performances, they have been able to retain their Conference League qualifying spot for next season as things stand. Being able to currently find themselves in 6th position, eleven points behind the league leaders Inter Milan.

This would be the first time these clubs will meet in a competitive fixture.

The hosts have been impressive at home in this inaugural competition and have lost just one of their six home games (including qualifiers), winning four amongst them. They are unlikely to get dominated by a club that has suffered a huge 6-1 loss in this tournament and had to struggle in two other away games to get three points.

The average goal line at this venue in Conference League fixtures is 2.66, while that of the visitors in away fixtures is 4.50.

Furthermore, Roma have struggled defensively and are unlikely to keep a clean sheet; but with their fire power should make up for it. Hence both teams should contribute to at least three goals, this Thursday.