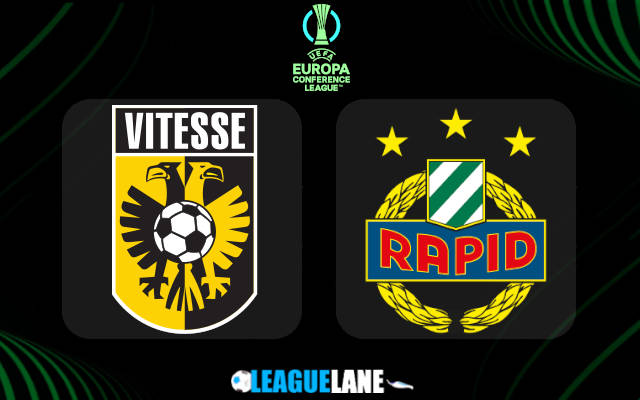 Rapid Vienna flies to Arnhem for their second lag match of round of 16 against Vitesse.

The first leg of the match ended in a win for Rapid Vienna. Vienna took the lead in the first half of the match and maintained the lead until the end of the match. Even though Vitesse scored a goal in the match, they couldn’t get themselves to get an equalizer ending the match with 1-2 FT score.

Vitesse played against Utrecht in their last match. Vienna score in the 90’minute ending Utrecht’s hope for a win with it. The Eredivisie match ended in a draw with 1-1 FT score.

Rapid Vienna played against Sturm Graz in their last match. Both teams scored their goals one after the other. The Bundesliga match ended in a draw with 2-2 FT score.

Looking at the Eredivisie league, Vienna is on a cold streak which has lasted for four matches. They will hope to get back to form in the upcoming matches. Vitesse currently sits in the sixth position on the league table with 37 points.

Rapid Vienna has been inconsistent with their performance recently. They have got mixed results from their matches in the last matches. The team has scored in all their last ten matches and has got 4 wins, 1 draw and 1 losses. Even in their league matches, the team has got mixed results. Their inconsistent performance has put the team in the 7th position on the league table with 25 points.

Vitesse’s performance recently shows that the team has got some difficulty in earning a win in the match. They have not won a match in the last five games and will hope to break this streak in this match.

Vitesse’s poor performance in recent matches puts them at a difficult position even if they face Vienna in their home ground. Rapid Vienna has played well even in their away matches, giving them an added advantage against Vitesse in their current position.

I believe the match will end in a draw. But the win in the last match for Rapid Vienna will help them get the win in aggregate.