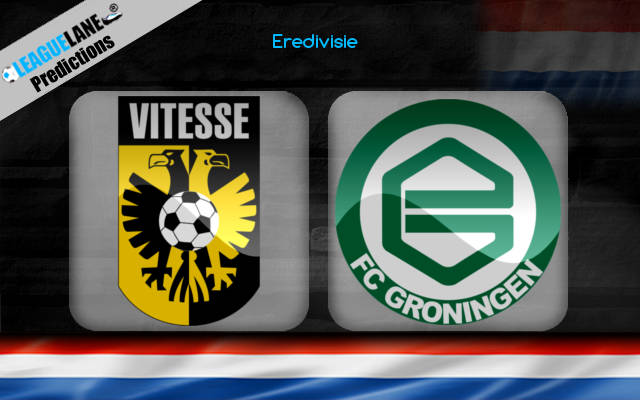 Vitesse will be hosting FC Groningen with hopes to climb up further in the table. The host will be affected by the late defeats but has the potential to bounce back into the campaign.

In the previous home match, Vitesse had lost to Den Haag from the bottom part of the table. The host had conceded two early goals in the first ten minutes despite having more than half of the possession in the game. Also, they regularly attacked with 27 shots but luck favored Den Haag with just 7 shots in the match.

On the other hand, Groningen had their previous outing to Heerenveen. The Green-White Army came from behind after conceding a penalty at the last minute of the first half. Besides that, they had hit the target only three times in 8 attempts.

Moreover, the teams have combined together to score an average of 3.3 goals per match from the last ten h2h clashes hosted by the Vitas. So, we can expect a high scoring affair at GelreDome. Even though they had lost the previous home match, the Vitas can be counted on to bounce back in the game. Also, Groningen has been in a downfall in the away fixtures lately. Hence, the host has more chance of winning the game.