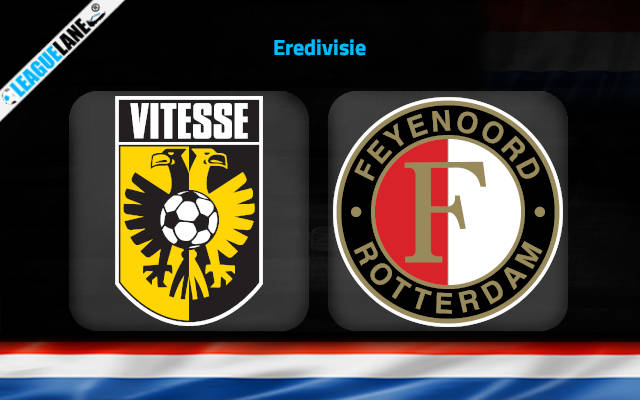 Both Vitesse and Feyenoord are going through poor stretches of performances at the moment, and are letting in goals in huge numbers. It has been sometime since either team delivered a good performance and they will be eager to start their respecting campaigns on a positive note this Sunday.

Feyenoord had finished 3rd in the table the last season in the Dutch top flight and as a result they had secured a ticket to the upcoming edition of the Europa League. And despite their struggles recently, it needs to be mentioned that they have been finding the back of the net in plenty.

Meanwhile, Vitesse had finished 6th in the same table and as a result they had managed to win a ticket to the next edition of the Europa Conference League.

It goes without saying that as these 2 teams lock horns with each other this weekend, a lot of mistakes are expected, and goals are also expected to come in plenty.

Vitesse were winless in 16 of their past 22 overall fixtures, and in the process, they had gone on 3 separate 2 game losing streaks. Note that they are also on a 3-game winless run in front of their home crowd and they had let in 2 or more goals in all 3 of these appearances.

Taking into account the recent stats of either team it is expected that we are about to witness goals coming from either end of the pitch.

Tips for Vitesse vs Feyenoord