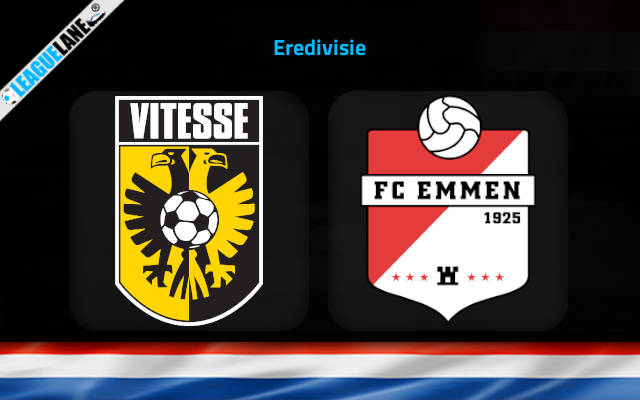 Emmen are seeing a major downfall this season. Till now they have lost 60% of their matches. They will travel to GelreDome to clash with rivals Vitesse on Matchday 11.

In the game against Volendam, the visitors managed to win a point through Ahmed El Messaoudi‘s goal. The team is still in the relegation zone despite settling for a draw, and this puts them in the seventeenth position in the league.

Cambuur, who have had a rough start of the season were left shocked when they were defeated by the host most recently. This is their second victory of the season.

At the beginning of this month, the host lost to Twente by 3-0. Since that defeat manager Phillip Cocu changed his team’s formation by accomodating more attacking players. This tactical change has been effect as they managed to win their last game against Cambuur by scoring three goals.

This is the first time that they have scored three goals this season. They will look to build on this keeping in mind that the current visitors are stuck in the relegation zone winning just six points so far.

You can back the following as our first prediction is that Vitesse will win by 2-1 – the odd for this tip will be at 8.50. The host have scored at least two goals in the last two meetings. Moreover, they are unbeaten at home since 2018 against Emmen.

Our next tip for this game is that Both Teams to Score – the odd for this tip will be at 1.75. Since 2019, both teams have played five matches, out of which in four games both teams have scored a combined total of fourteen goals.